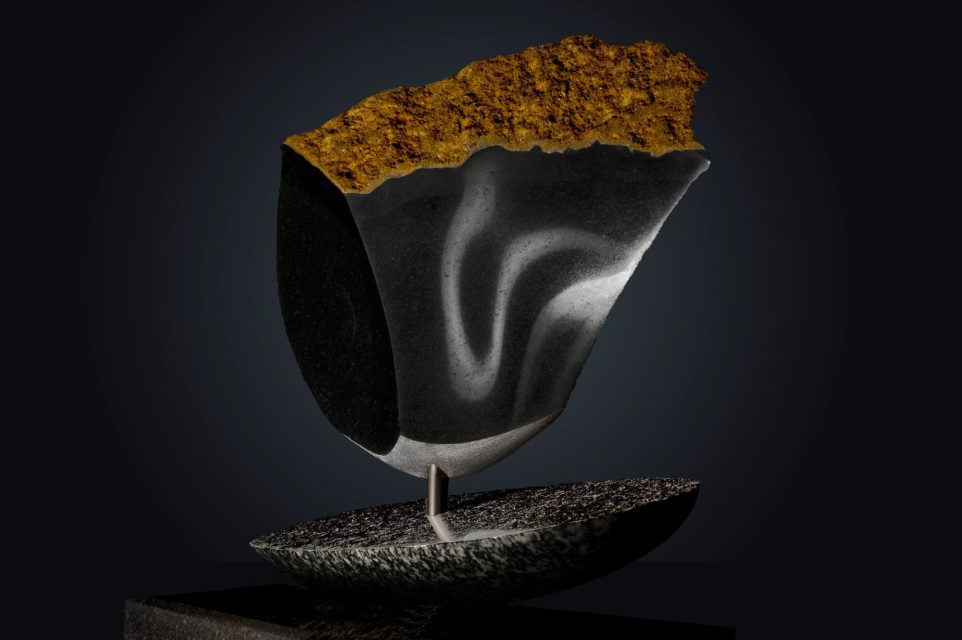 Sailing on a Silent Sea is related intimately to several other sculptures.

The hull is a remnant of granite left when I cut the bottom off a boulder to model the base of my Listening to the Wind bronze sculptures.  The same stone is now under Opening.  The sail is a  chip of  basalt from carving Bird Woman, and Black Surfer is another chip from the same piece of stone. 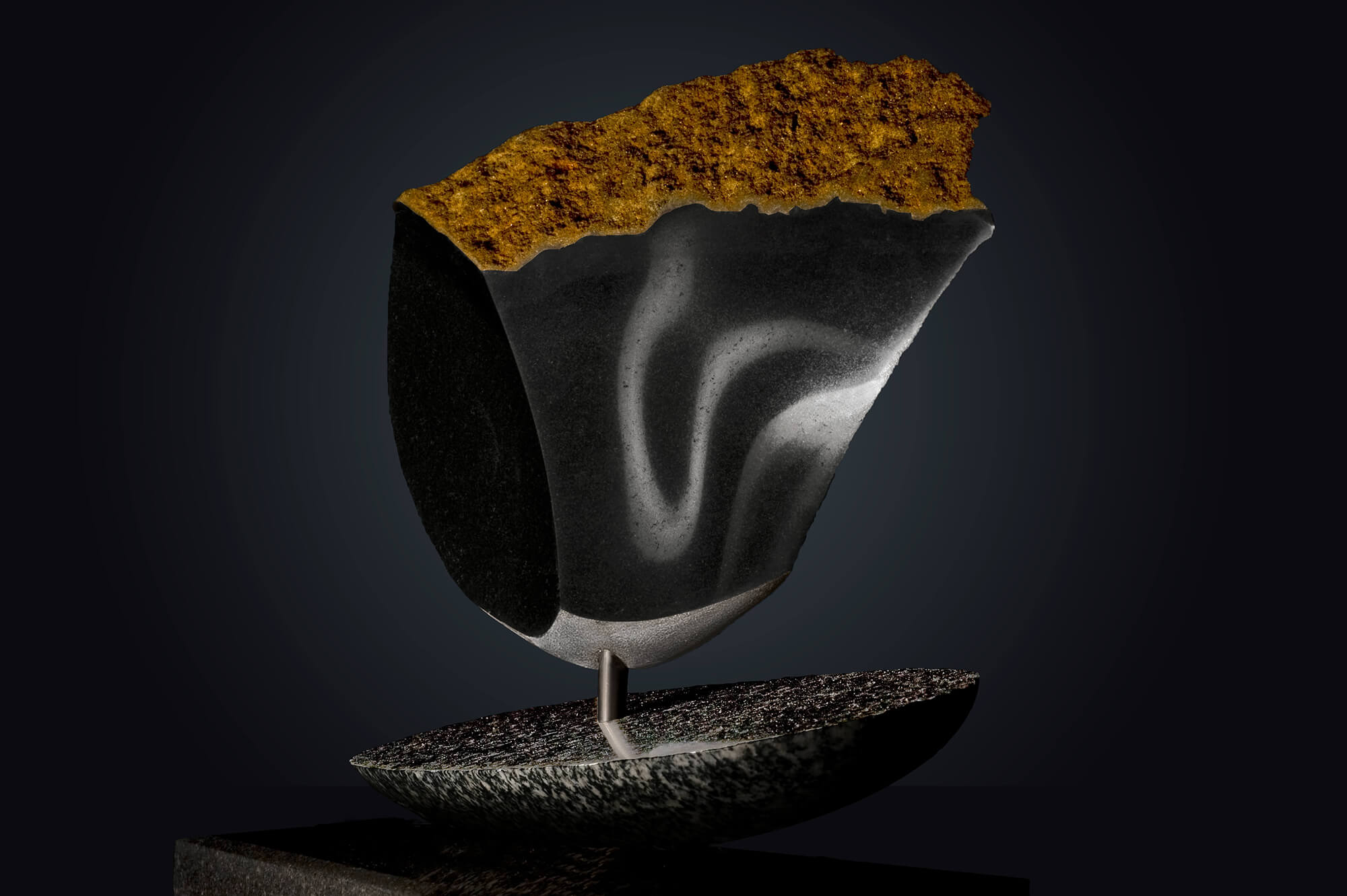 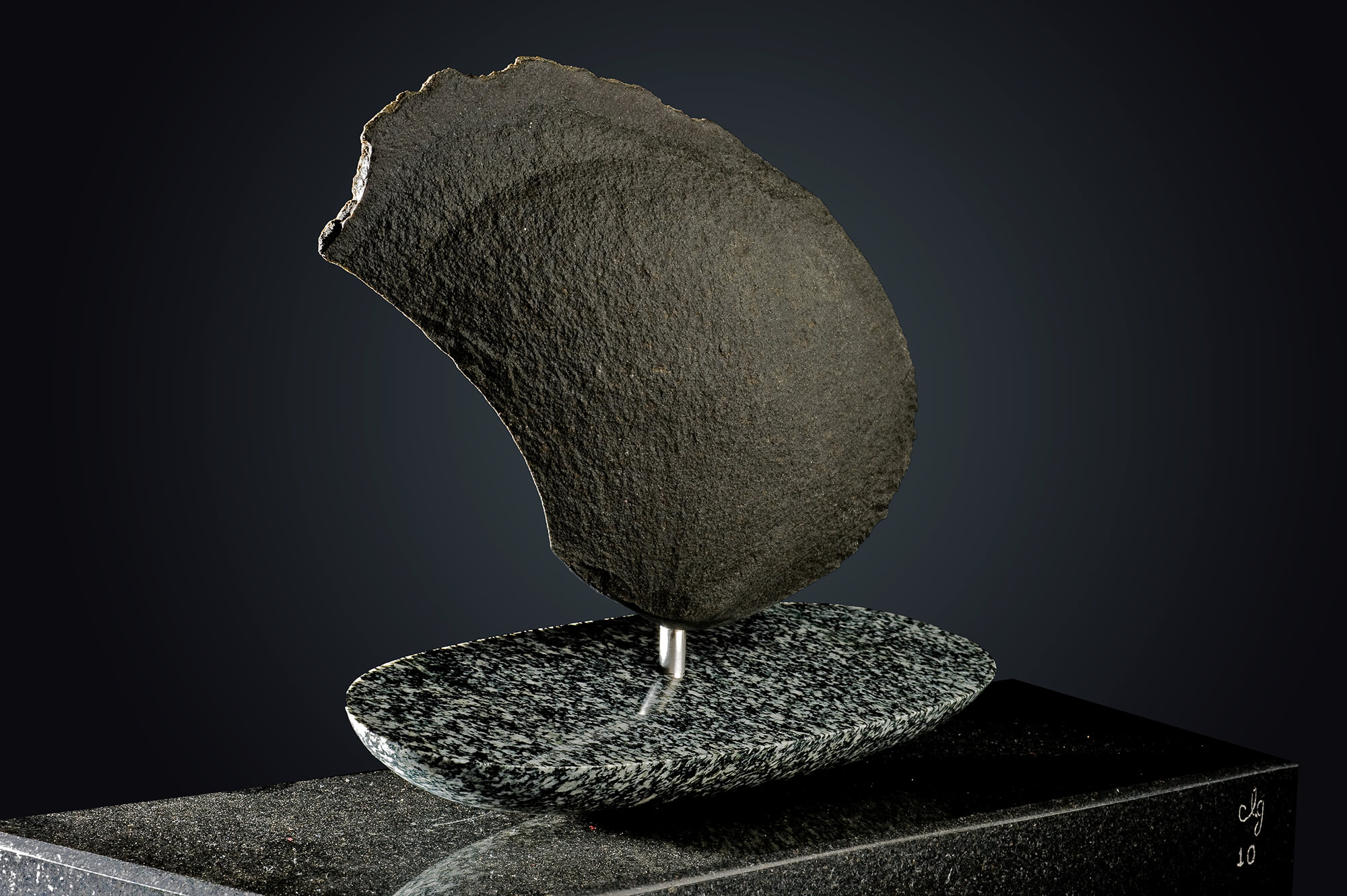 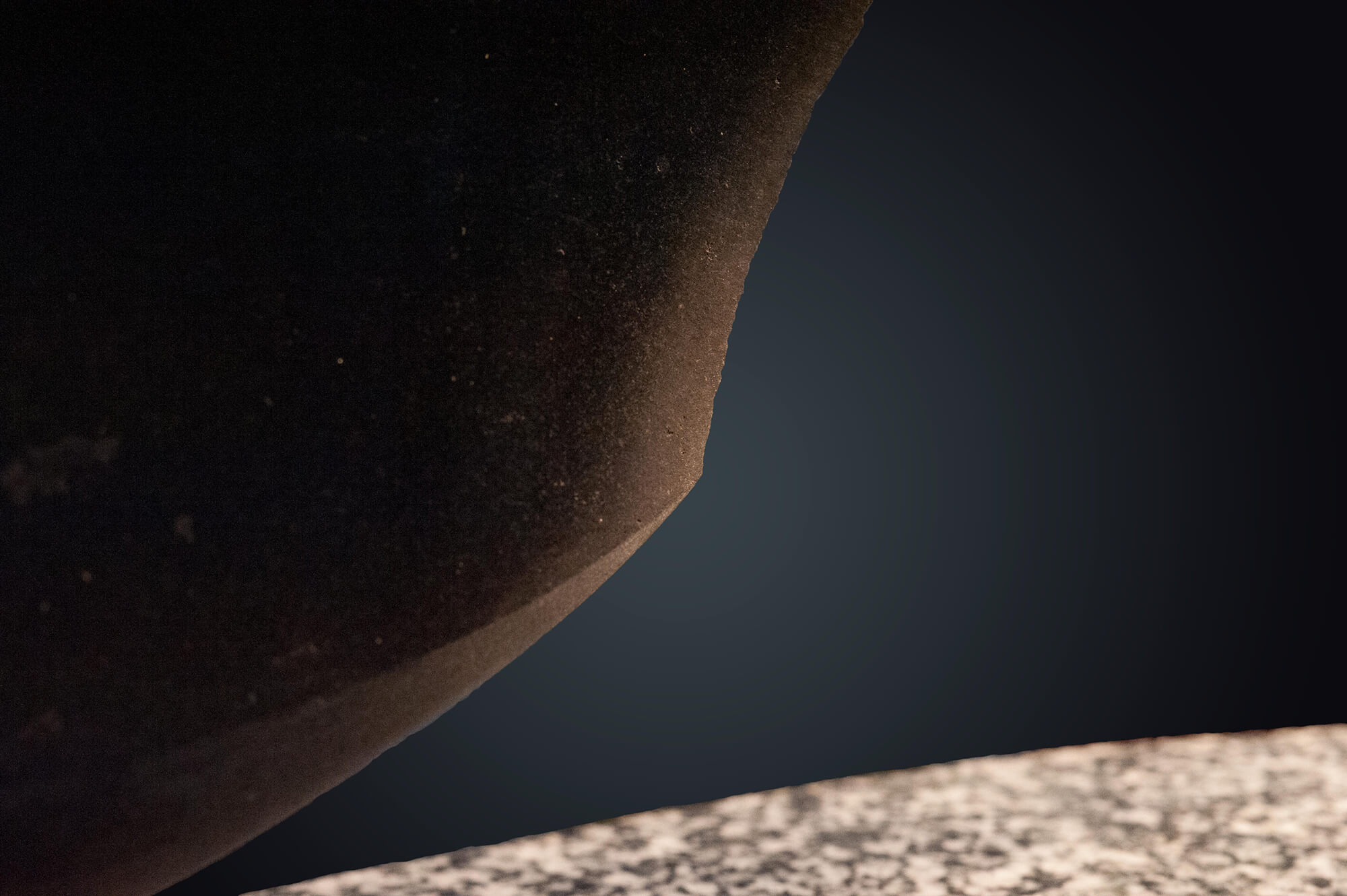 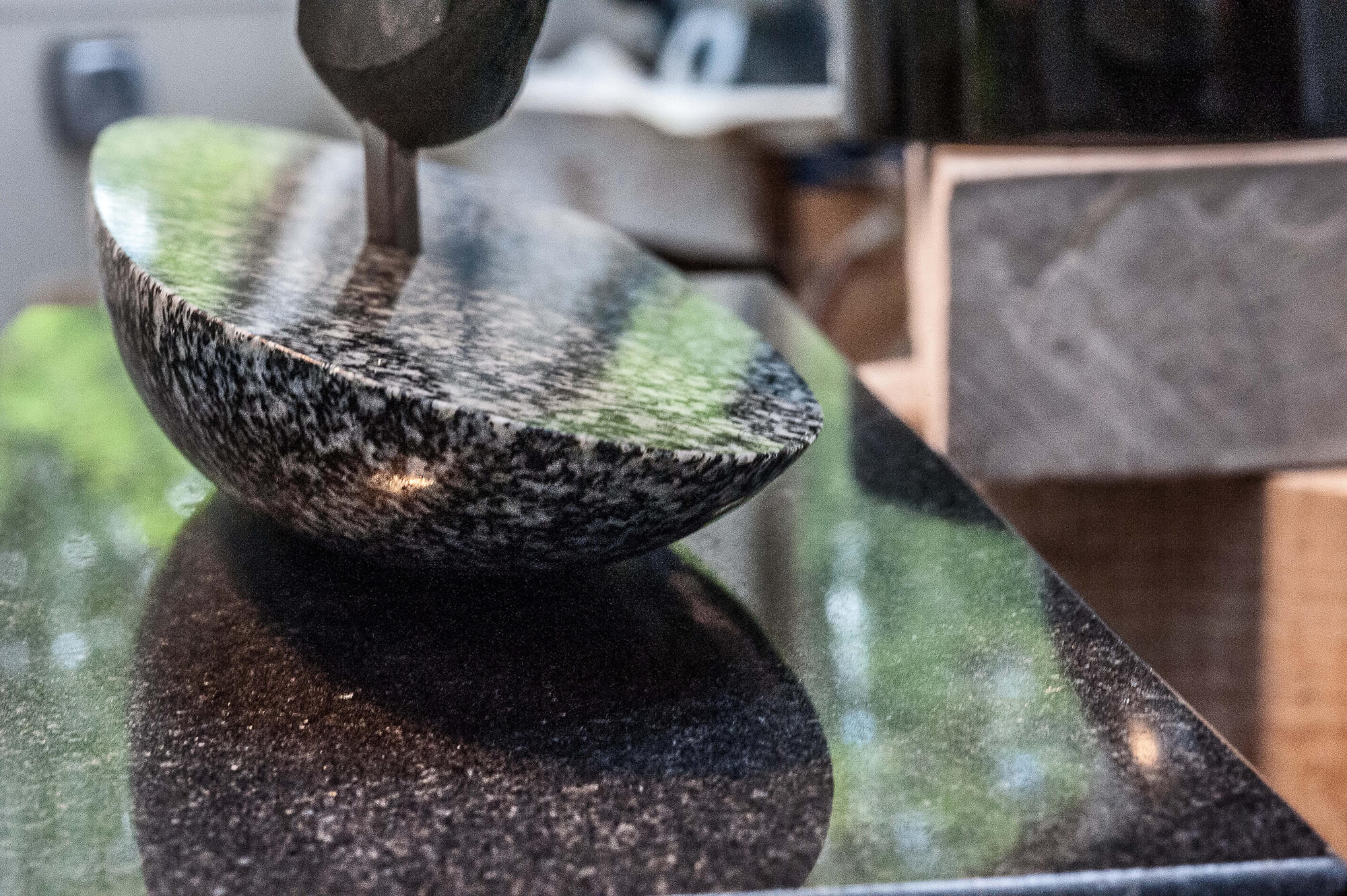 One granite boulder served triple duty in my studio in contributing to three sculptures.   Three more sculptures came from one basalt sculpture and its chips.   All are related to Sailing on a Silent Sea.

The  basalt sail’s 5 distinct surfaces fascinate me both geometrically and geologically.  An earth-toned strip along its top is the natural basalt patina developed over thousands of years of weathering in the eastern Washington desert.  The depth of chemical weathering that produced that patina is clearly visible in the adjacent polished surfaces.  A rough, vertical convex surface, the leeward side of the sail, was formed instantaneously when the chip separated under the force of a blow from my hammer, and I left it exactly as it was.  Two adjacent, highly polished, vertical concave surfaces form the windward side of the sail.  They also formed suddenly in the same way, but I gently shaped and finished them to a jet black, mirror-like polish. The fifth surface is a convex “cup” that secures the sail at the bottom, isolates it visually from the deck of the boat, and provides a warped mirror image of the deck.