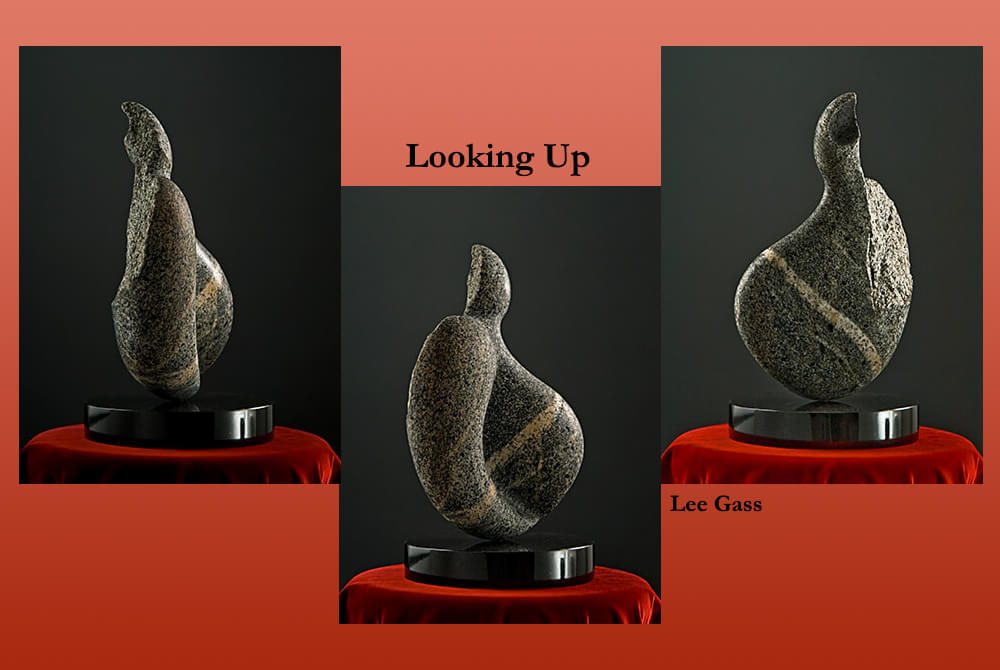 Looking Up
Photos by Lee Gass

This piece of granite
leaned against my studio wall for a
couple of years, up high where I could see it in
all weather and all times of day and wonder.  In a
recent fit of eagerness I bit into it. Much of the form, the
attitude, and the feeling of the piece were already there
in the raw boulder, just as I found it in nature.  I should
say they came to be there for me in hundreds or thou-
sands of viewings, most made in passing doing other
things, but its essence was there at the beginning,
on the beach.  After that had grown powerful
enough, it took only subtle refinement
for me to bring it all out.

In a sense, the
rock begged to be carved like
this.  To the extent that it did beg, in
whatever sense, then I didn’t actually
“create” anything at all in carving
it.  In the popular mythology,
I just let it out.

But what is actually
going on when a rock like this
does this kind of begging? What does it
mean when see horse or dolphins in clouds?
Is it the same as saying my grandson Luca looks
like me?  We imagine things wherever we
look all the time, I think, whether
they are already there for
us to see or not.

Just for fun,
I combined the same three views
of Looking Up into a sort of
Nude Descending a Staircase
of the bird world spinning
on its base. 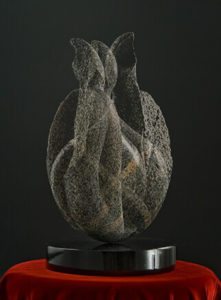 Many stories in all categories
address issues I point to here, especially in
Creativity and Teaching & Learning.