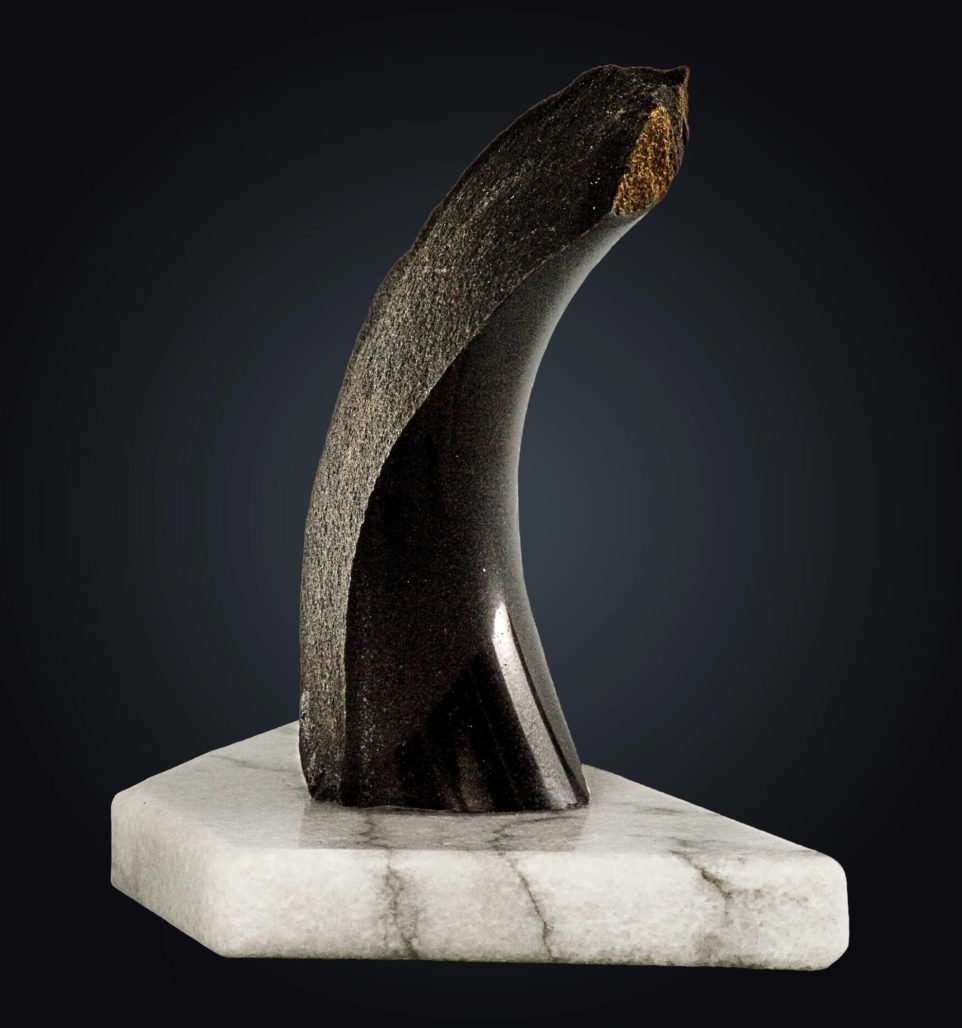 Black Surfer came suddenly to life when I swung a heavy hammer.  It fell to the earth as a chip the size of a spear point, wavelike and crescentic, sharp along one edge and perfect for cutting some kinds of things. 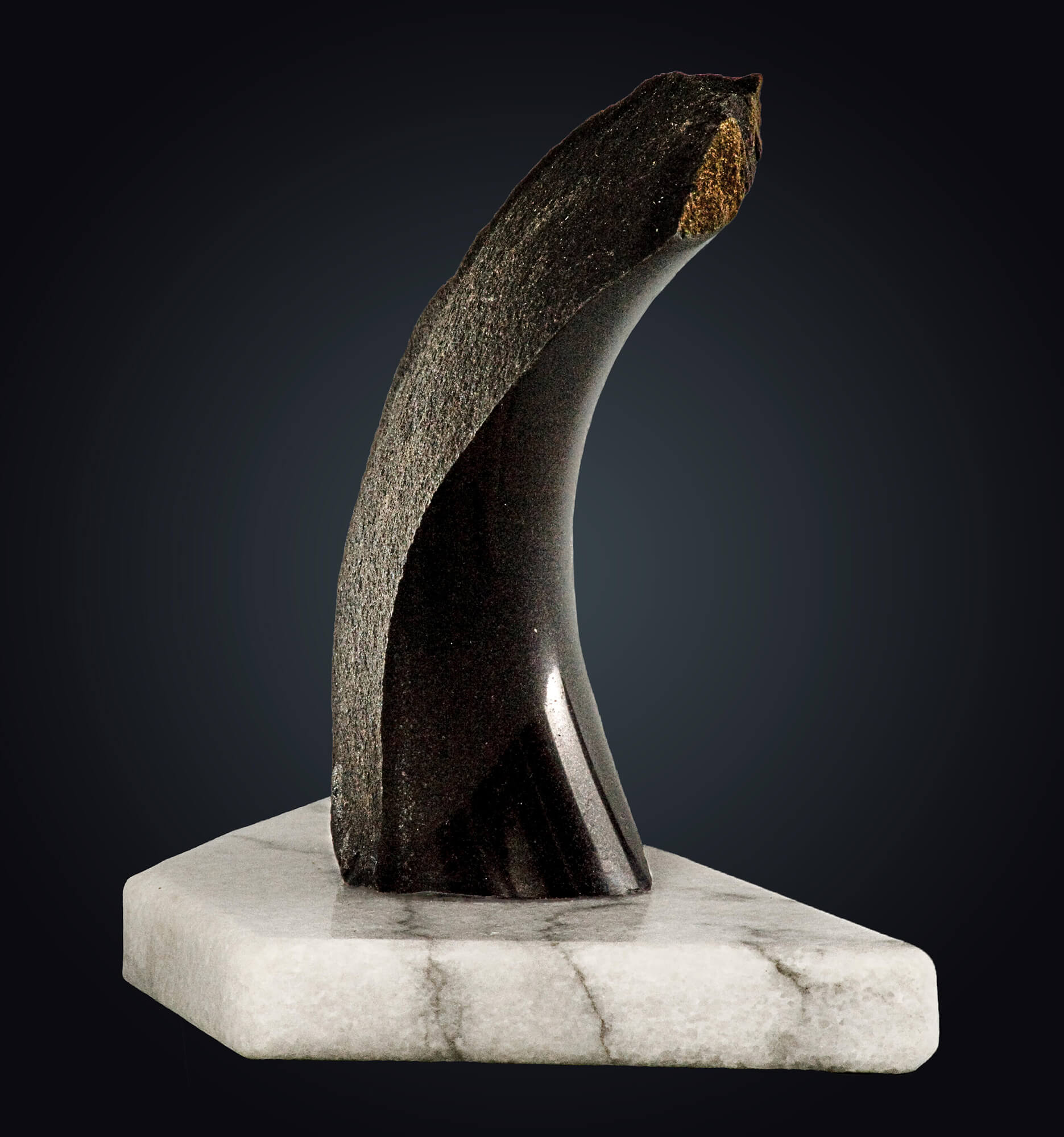 I felt as if I were scooping stone from the rock instead of chipping it to make those chips.  In an instant, literally in a single stroke, chips came into being, each as beautiful and interesting as the crescentic craters they left behind. The chips and their craters were perfect opposites.

Black Surfer wasn’t the first chip to attract my attention in the desert.  But it was the first to command me to carve it.   Sailing on a Silent Sea came from the same stone, which itself became Bird Woman.