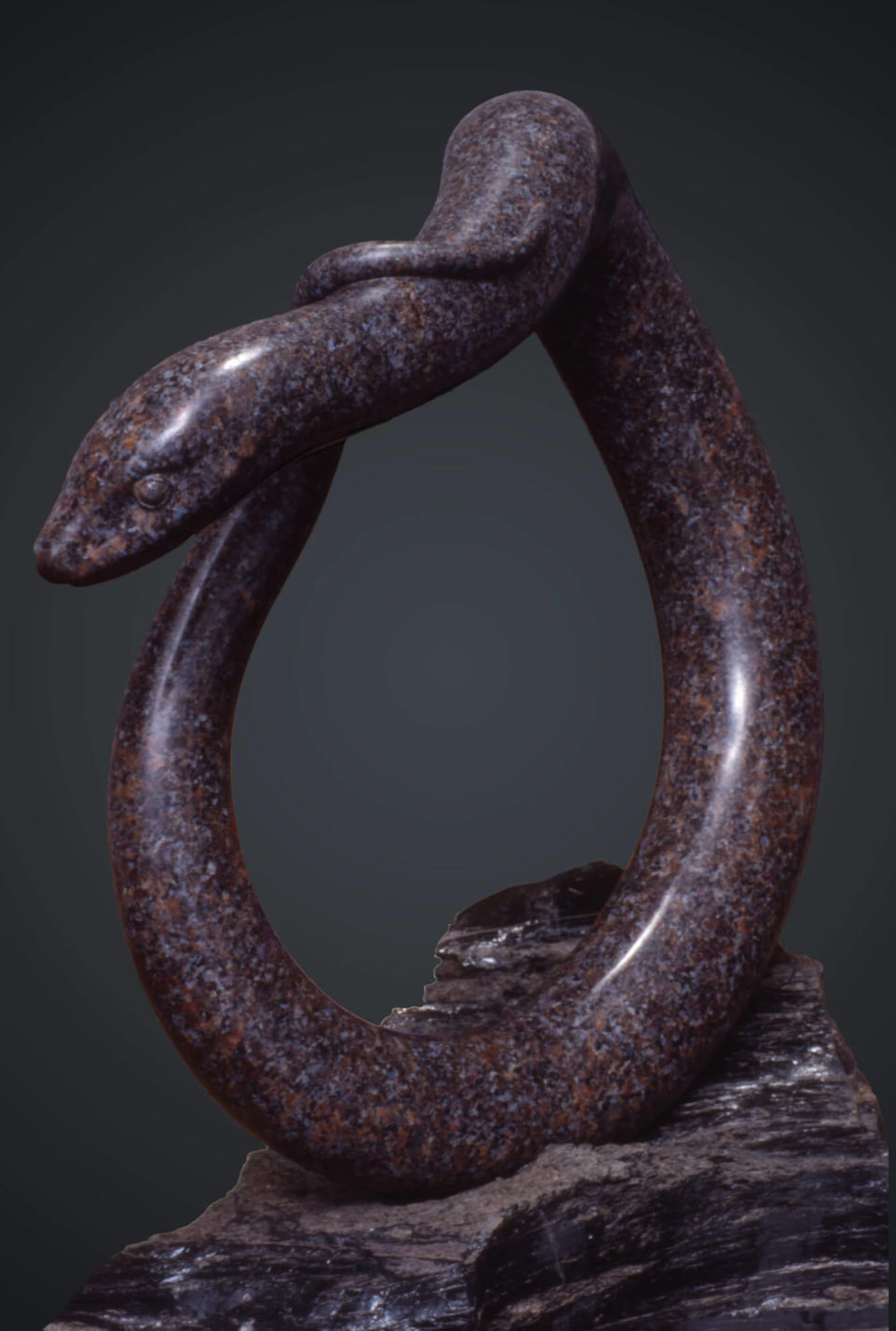 Kekule’s Dream expresses the hoop snake myth I grew up with and commemorates the discovery of the ring structure of organic molecules by German chemist August Kekule in 1864.  The idea occurred to him in a dream about snakes.

If you see my stolen snake or know where it is, please let me know so I can negotiate its return.  Wouldn’t it be wonderful to solve this art heist on the World Wide Web? 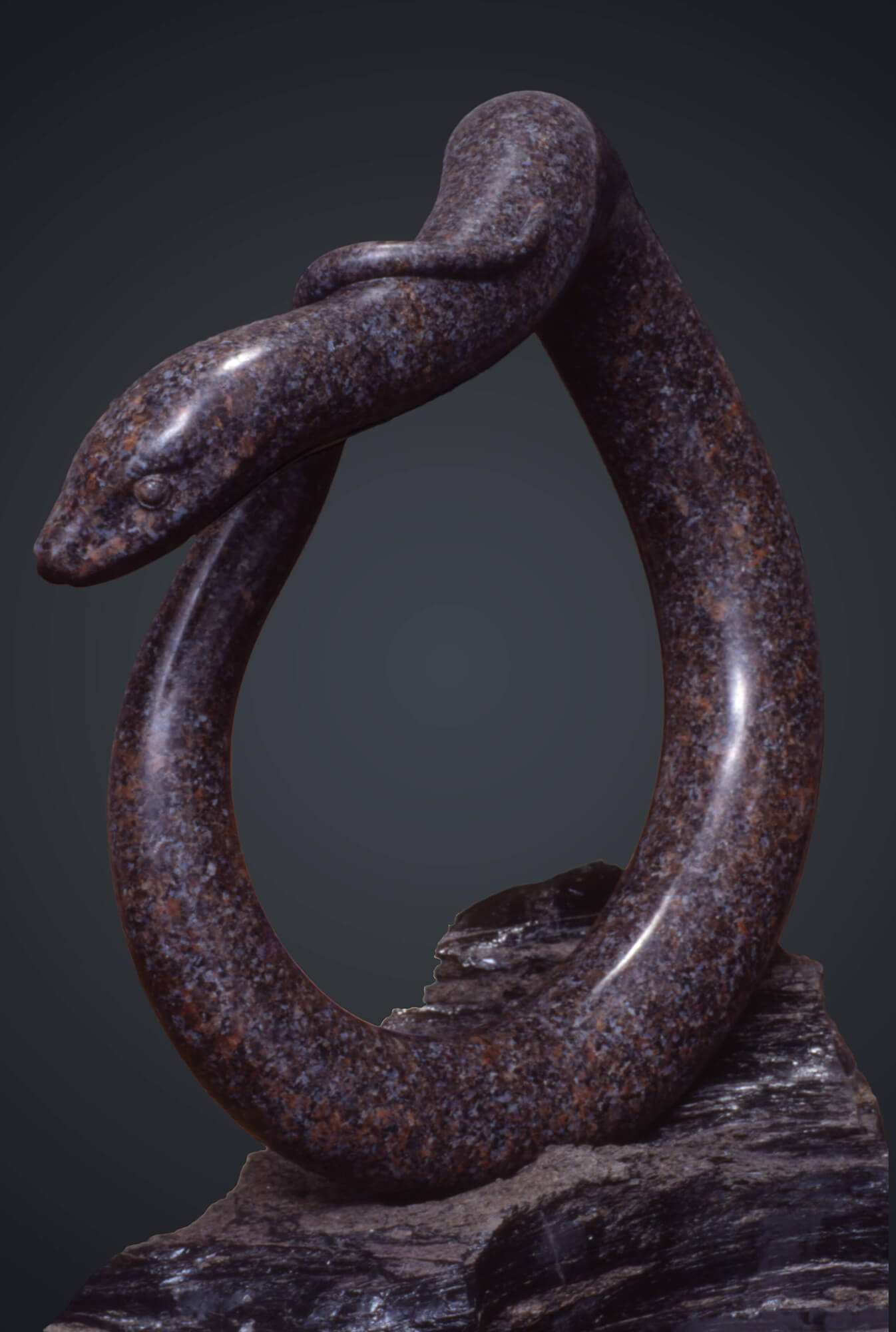 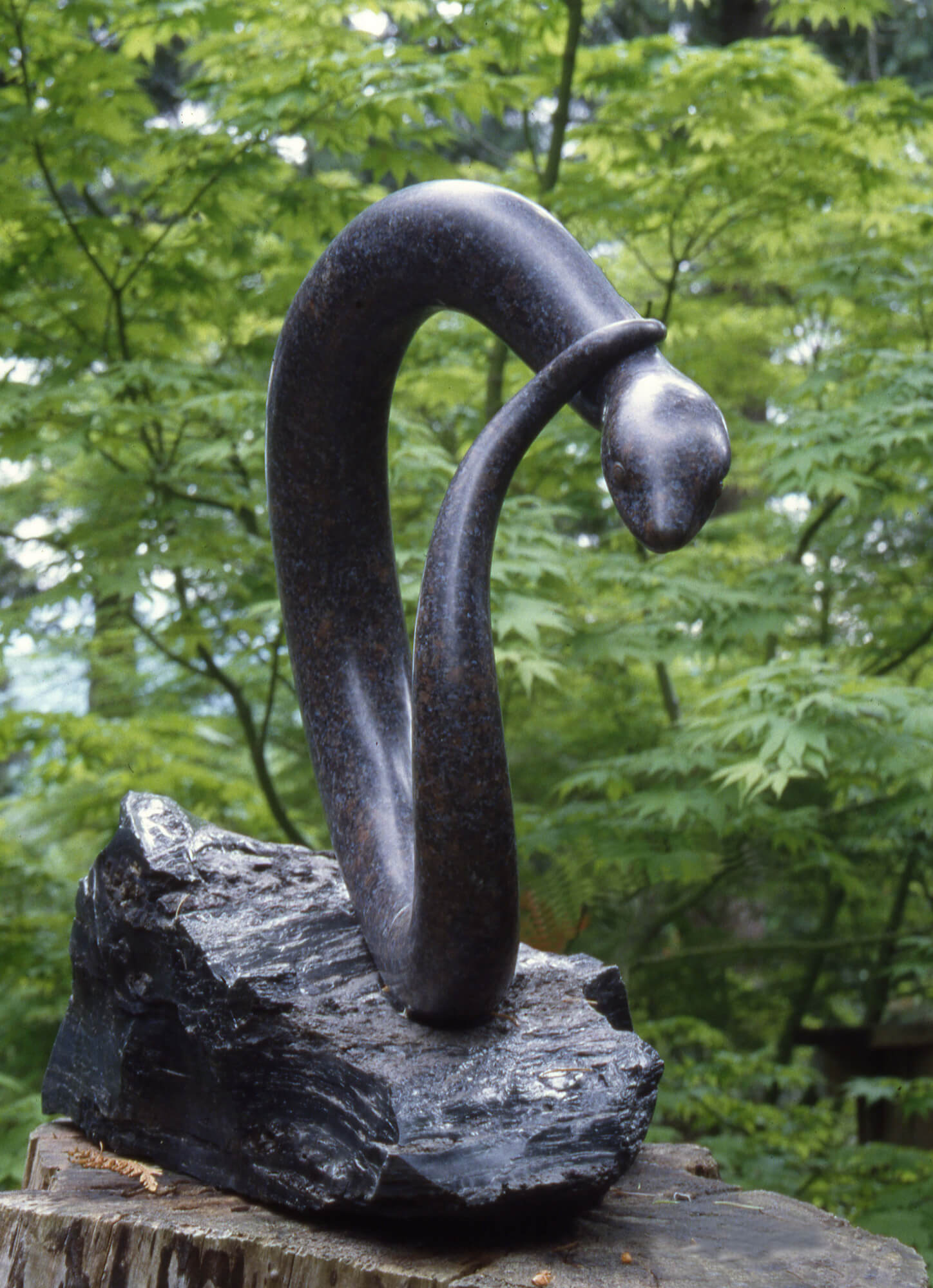 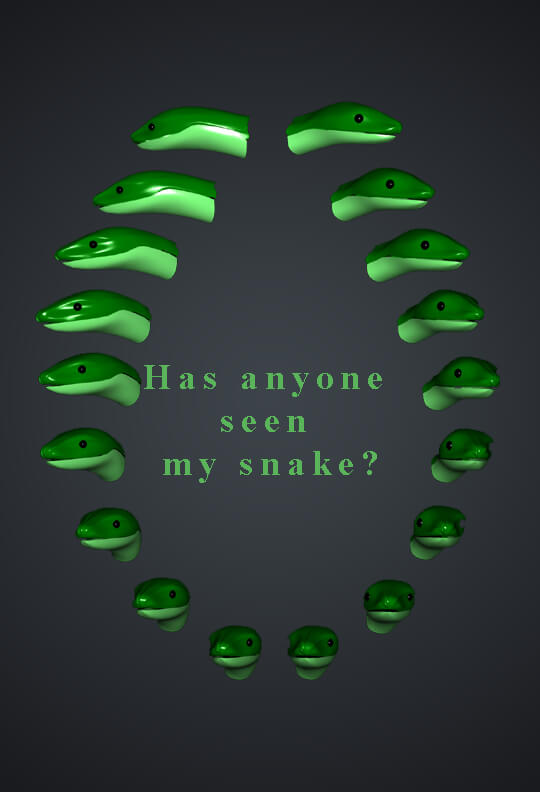 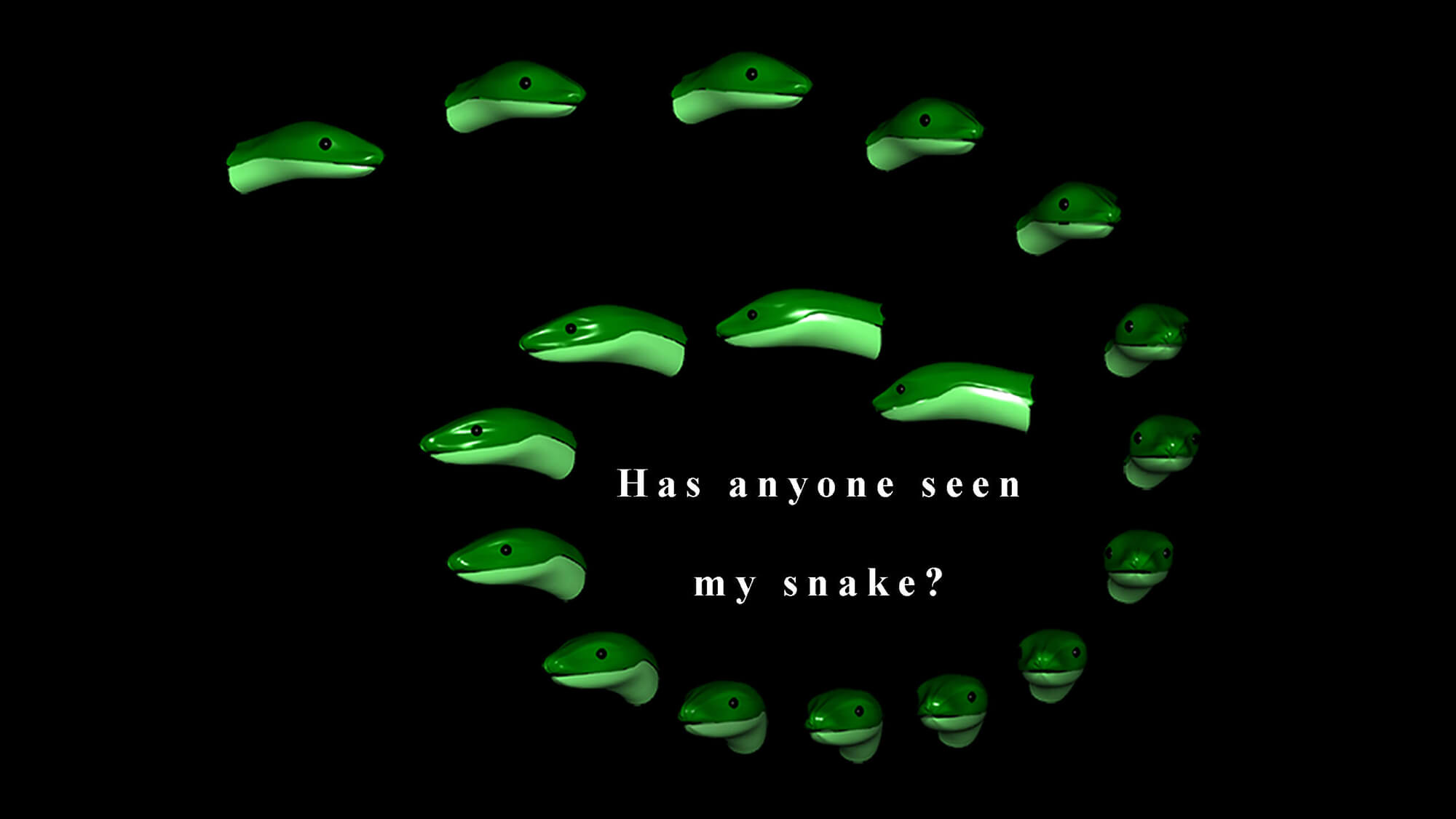 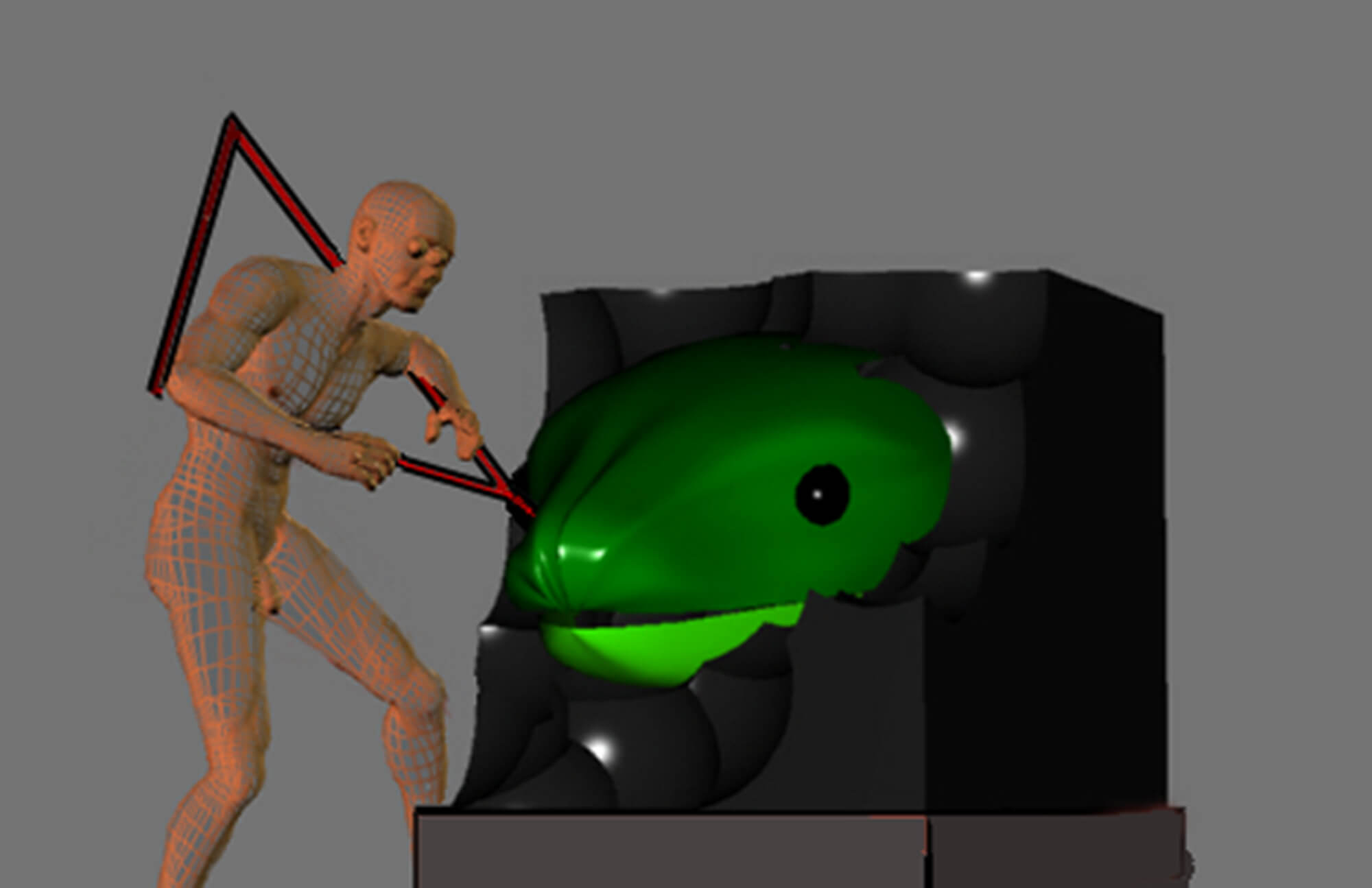 According to my Grandpa Dale, hoopsnakes “get themselves up like a bicycle wheel and roll down the road, faster than a little boy can run!”  Because hoopsnakes employ such an unusual mode of transportation, the perceptual problem of guiding such strange, fast motion is interesting.  Normal slithery-snake eyes would never do.  To help me work out this mythological evolutionary problem, I cast the head of the granite snake-in-progress in plaster and worked out the details there before finishing them in stone.  As it turned out, the eyes of a particular species of lizard seemed most natural for Kekule’s Dream.

After Kekule’s Dream was stolen from a gallery, all I had left was the plaster.  I made an accurate 3D computer model of the plaster head, then generated the hoopsnake heads and the dream of carving it, much larger, in stone.  I still have the model of the head, so casting it in bronze at any scale would be straightforward.

In 2012, author Jorge Calado used this image of my hoopsnake, Kekule’s Dream, to illustrate the story of August Kekule’s dream about molecules in Haja Luz!, his illustrated history of chemistry, published in Portuguese.