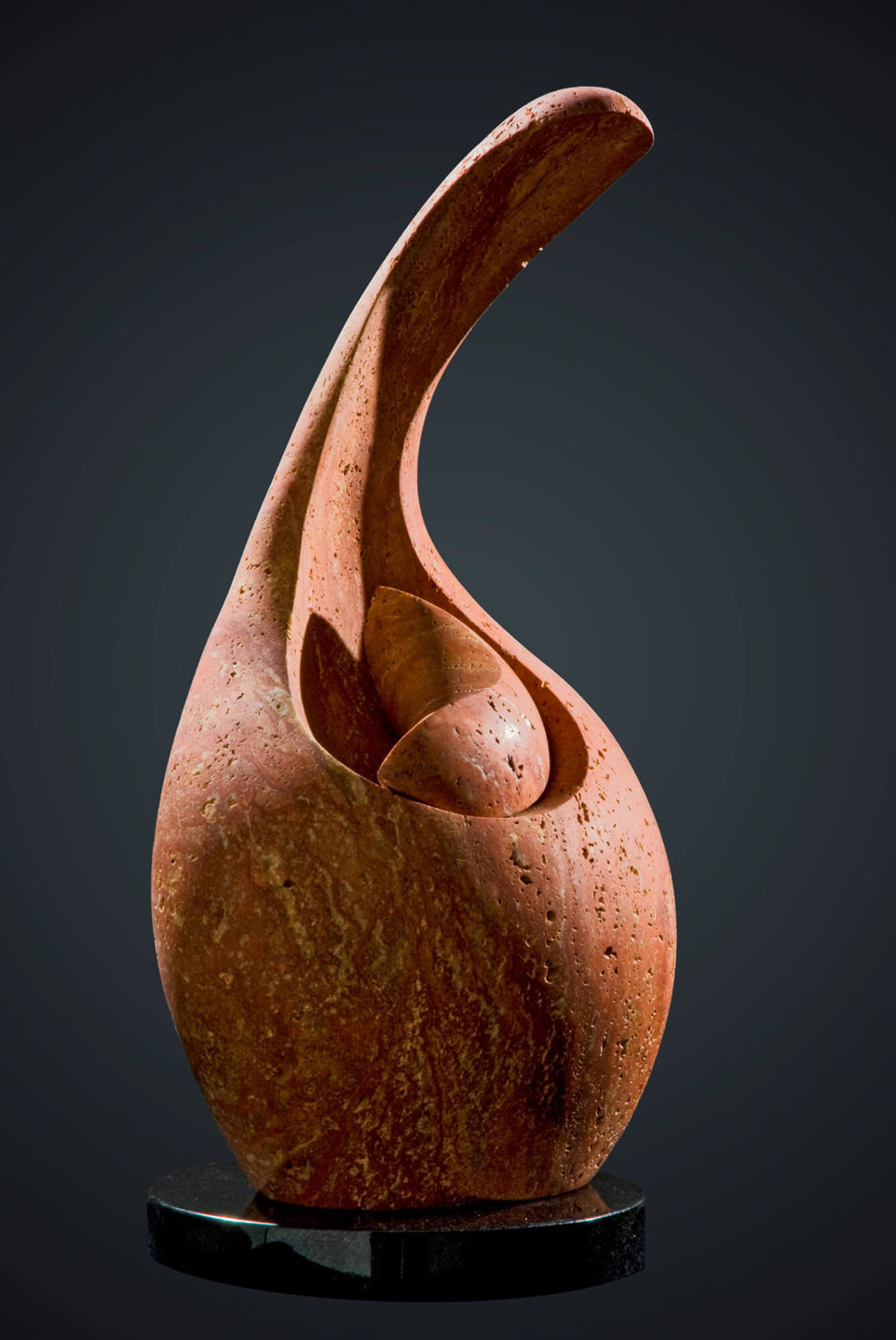 Several times before Madonna and Child, I used simple geometric relationships between a few simple surfaces to express love, nurturance, and security.  I could as easily have called those sculptures  ‘abstract ‘ as ‘human figures‘.  But to me they are human figures because they feel that way.   I feel that way when I look at and touch them, and I felt that way all the time I carved them. 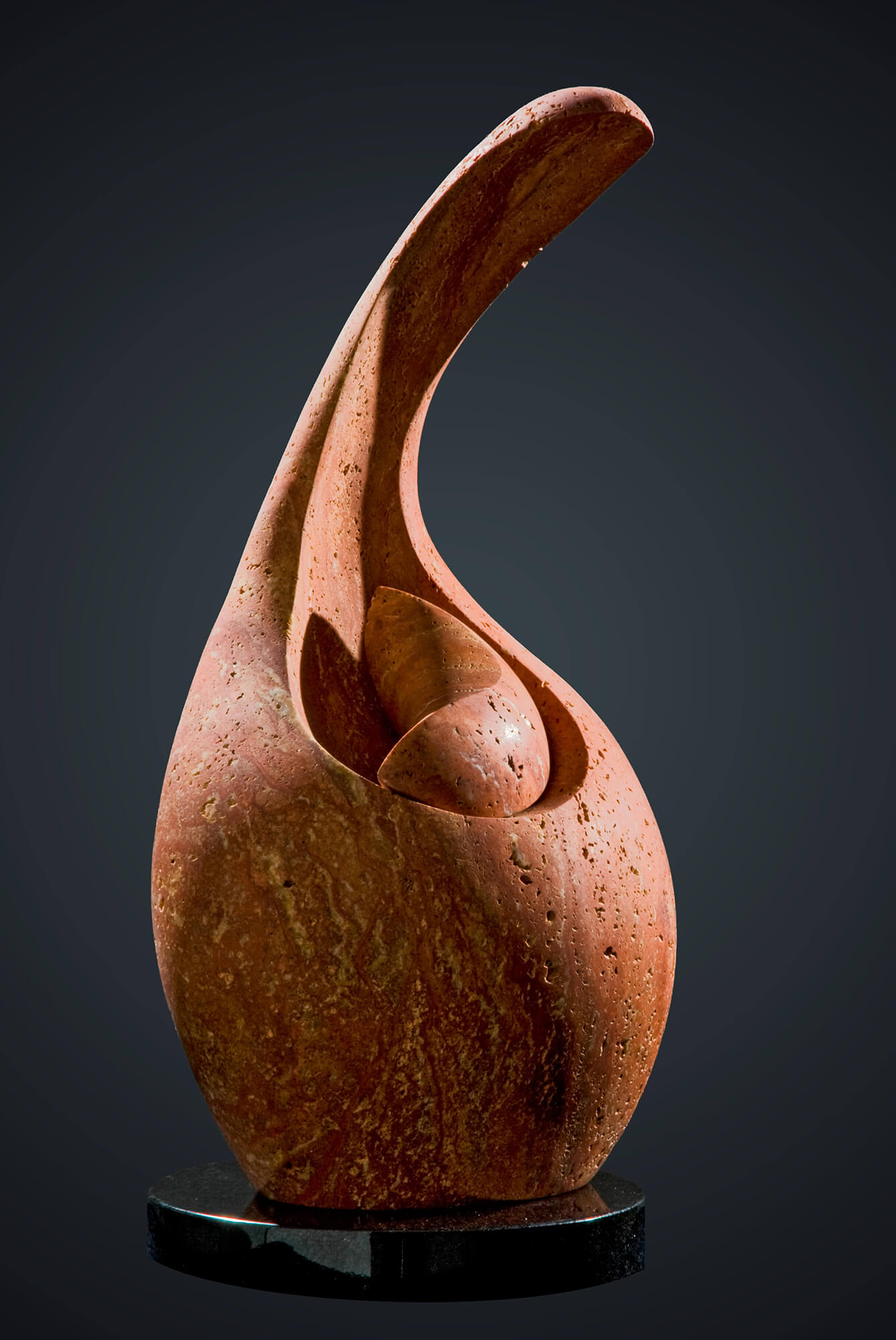 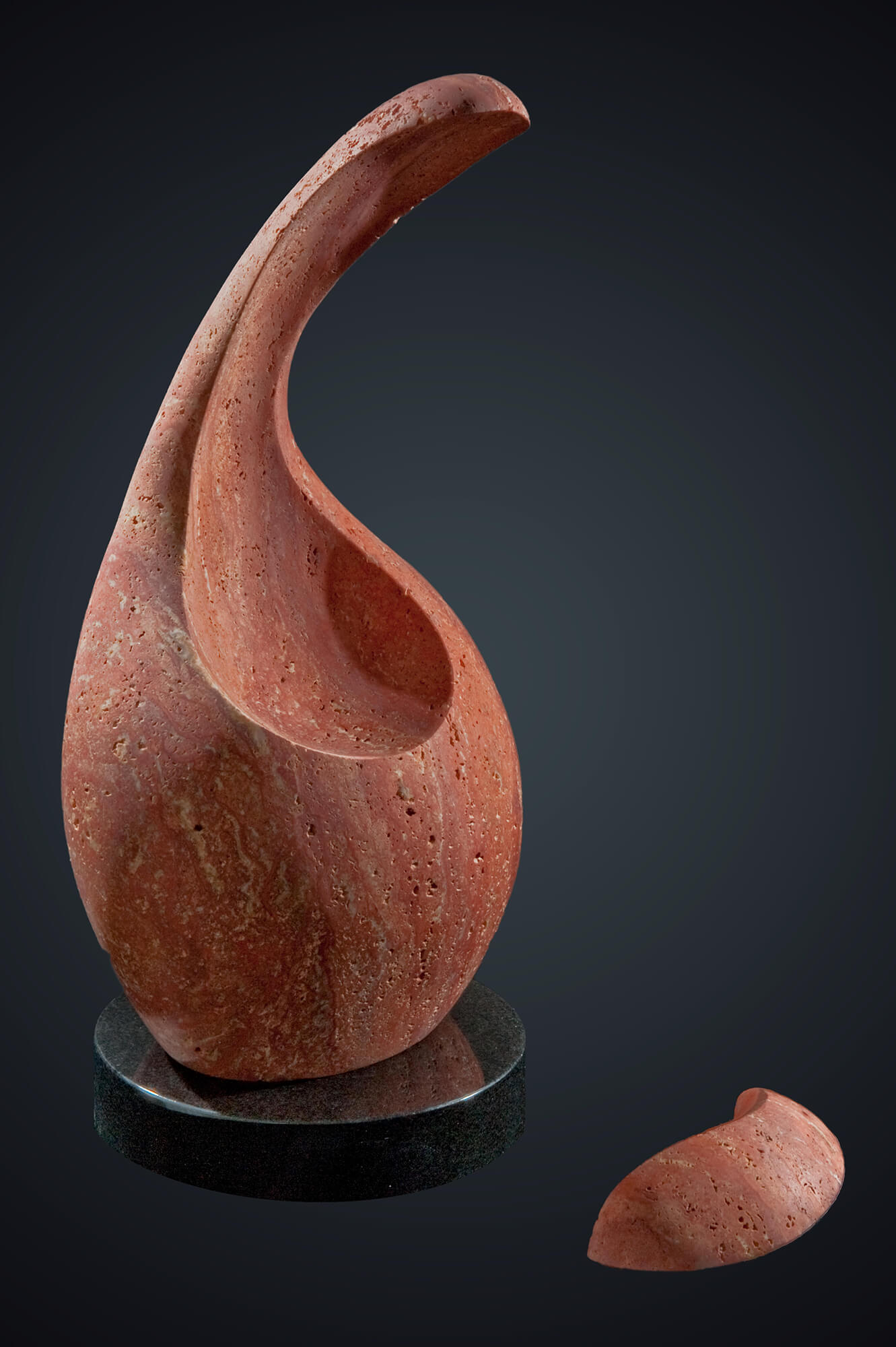 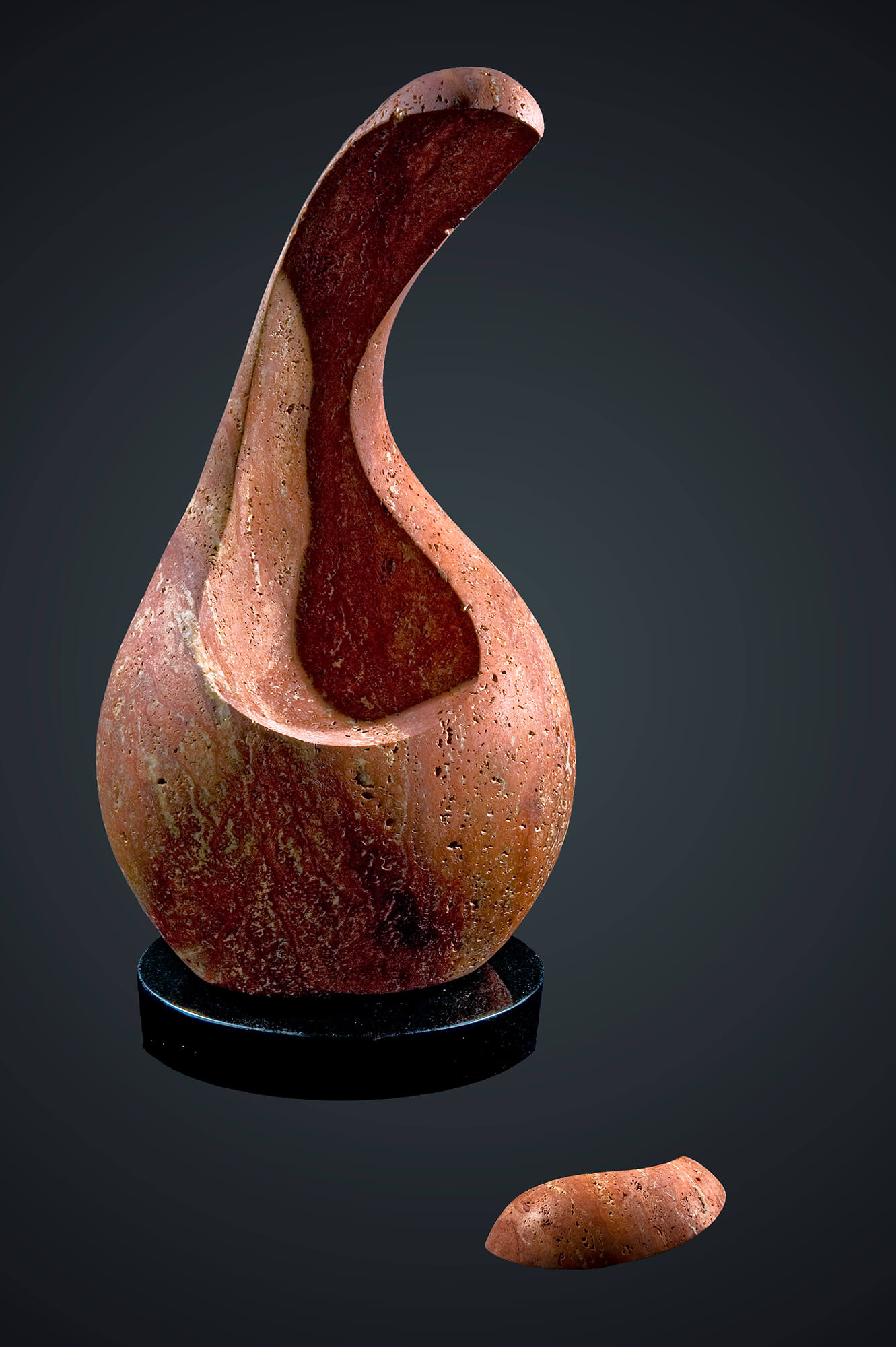 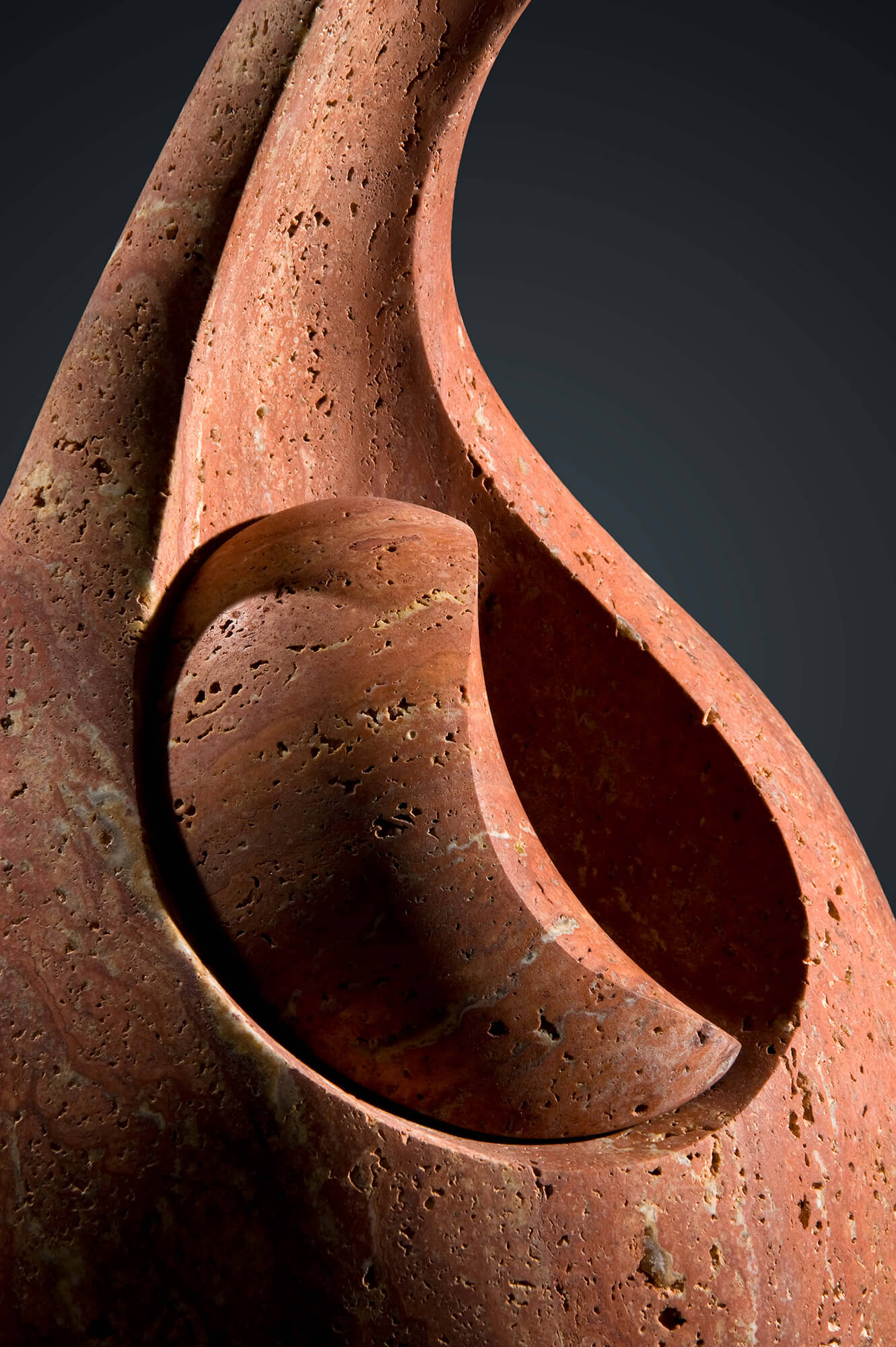 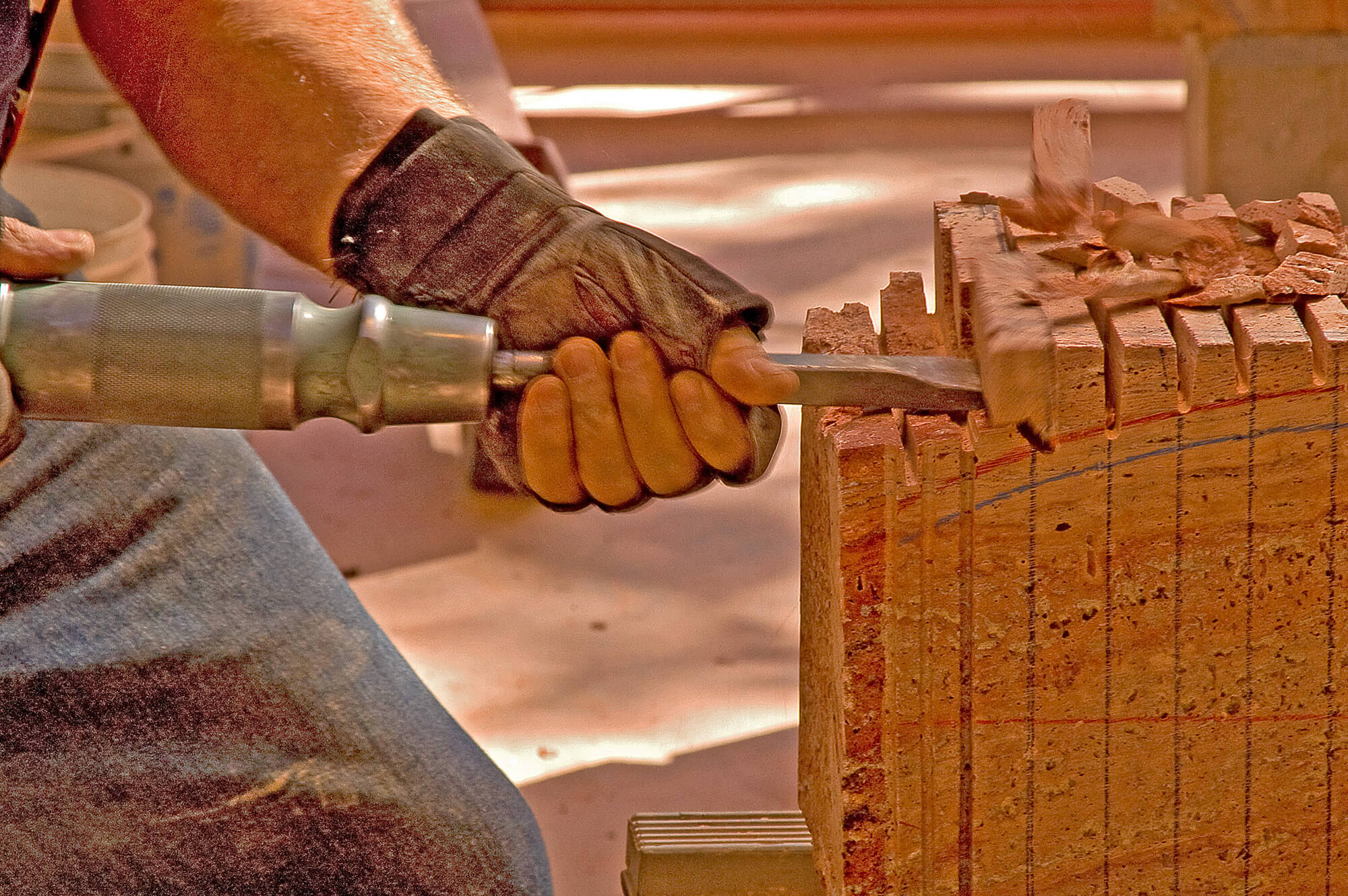 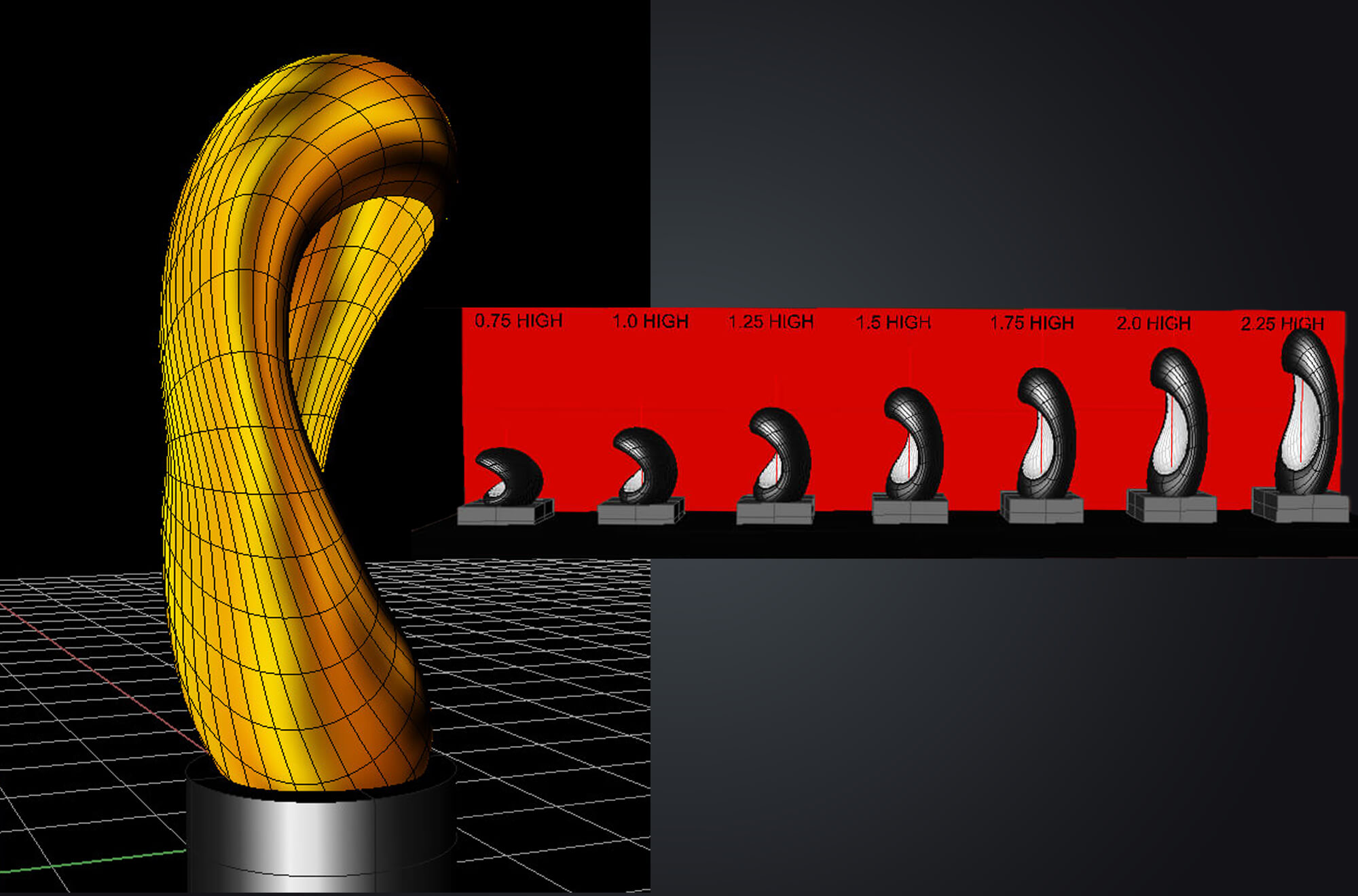 Madonna and Child, Girlchild Reflected in Her Mother’s Eye, all four Anima sculptures, Meditation, and  Reflections all have

In the case of Madonna and Child, a baby rests safely in the inside space.  Like its mother, that small sculpture has only two surfaces and one edge, but at a much earlier stage of  development.  With those simple surfaces and simple relationships between them, I needed to express three things:

As these miracles came to pass in the Madonna, it became obvious what to do with a chip I’d been saving and her Child was born.

Geometrically, Madonna and Child and Reflections descend directly from Anima IV.   After carving Red Recursion in the same stone, I imagined two sculptures in what was left of a 5 foot column of red Persian travertine.   I built a 3D computer model of Anima IV in Rhino and  squished it down, stretched it up, and twisted it in various ways.  I imagined two sculptures of the same basic geometry as Anima IV, but as tall as possible, given the stone I had to work with.  They are similar in form and structure and express the same set of human qualities, but express them in different ways.  Madonna and Child and Reflections came out of that exercise.