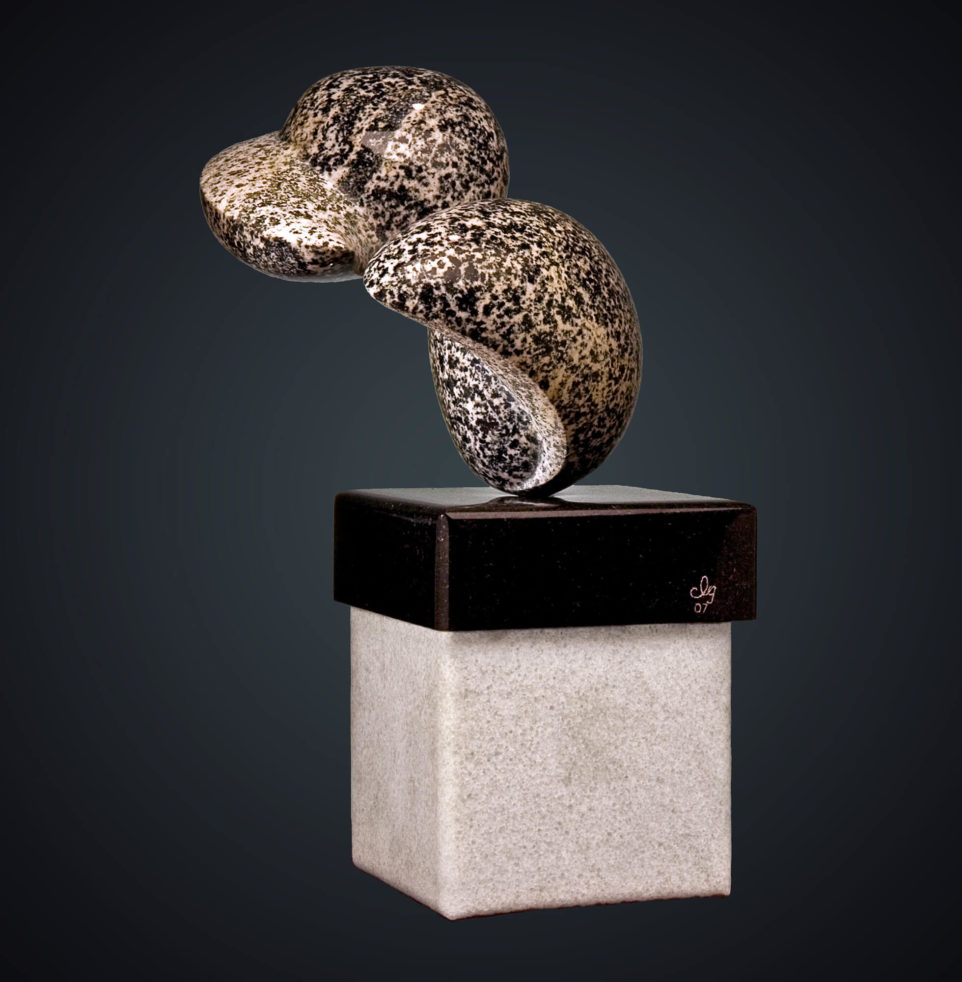 The Gift began with an unusual stone on a beach, and I merely developed what was already there.  For me, the form expresses a dance between two closely related bodies navigating through a fluid environment.  It expresses an appreciation of the gift of life, and of movement. 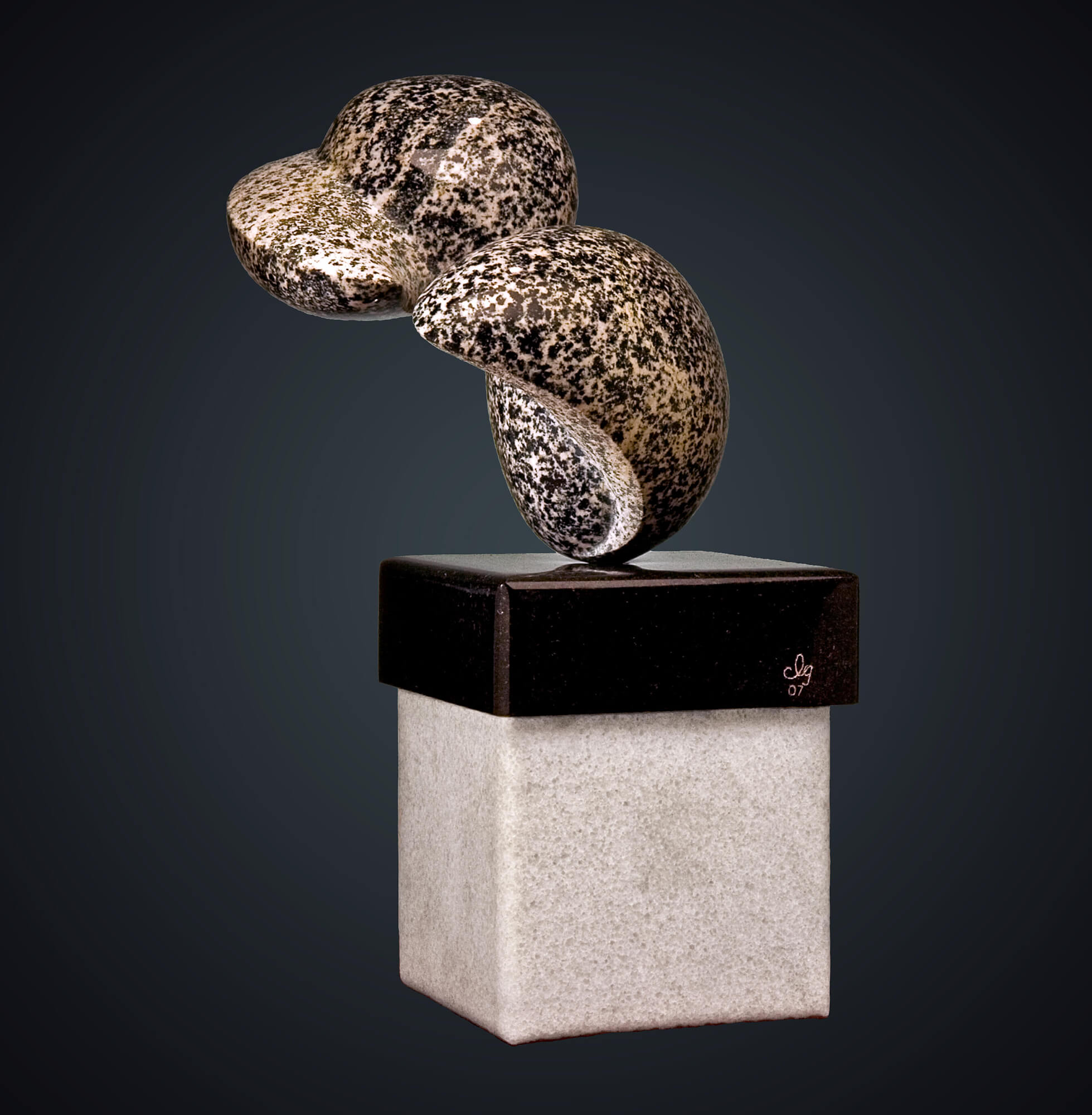 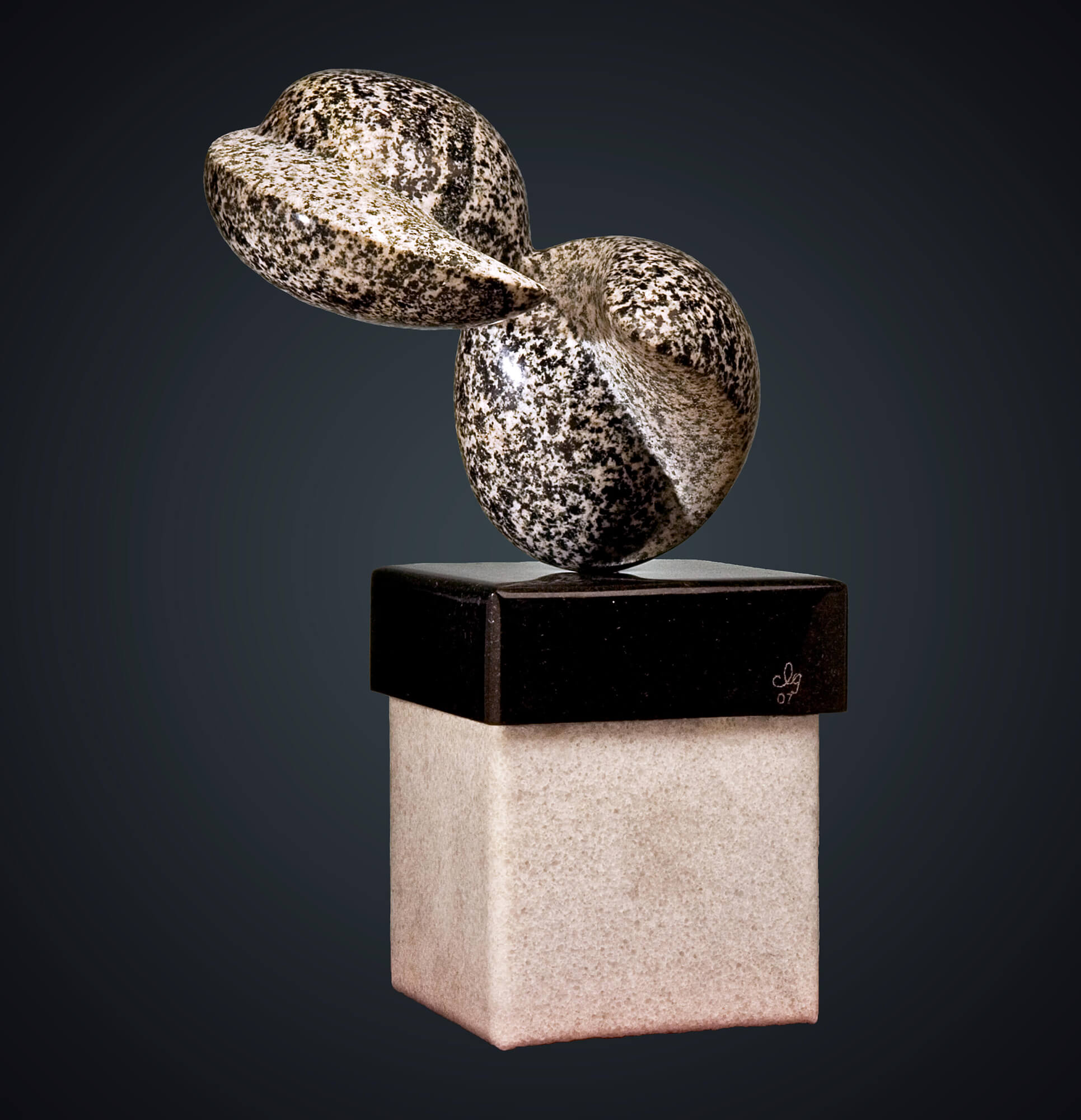 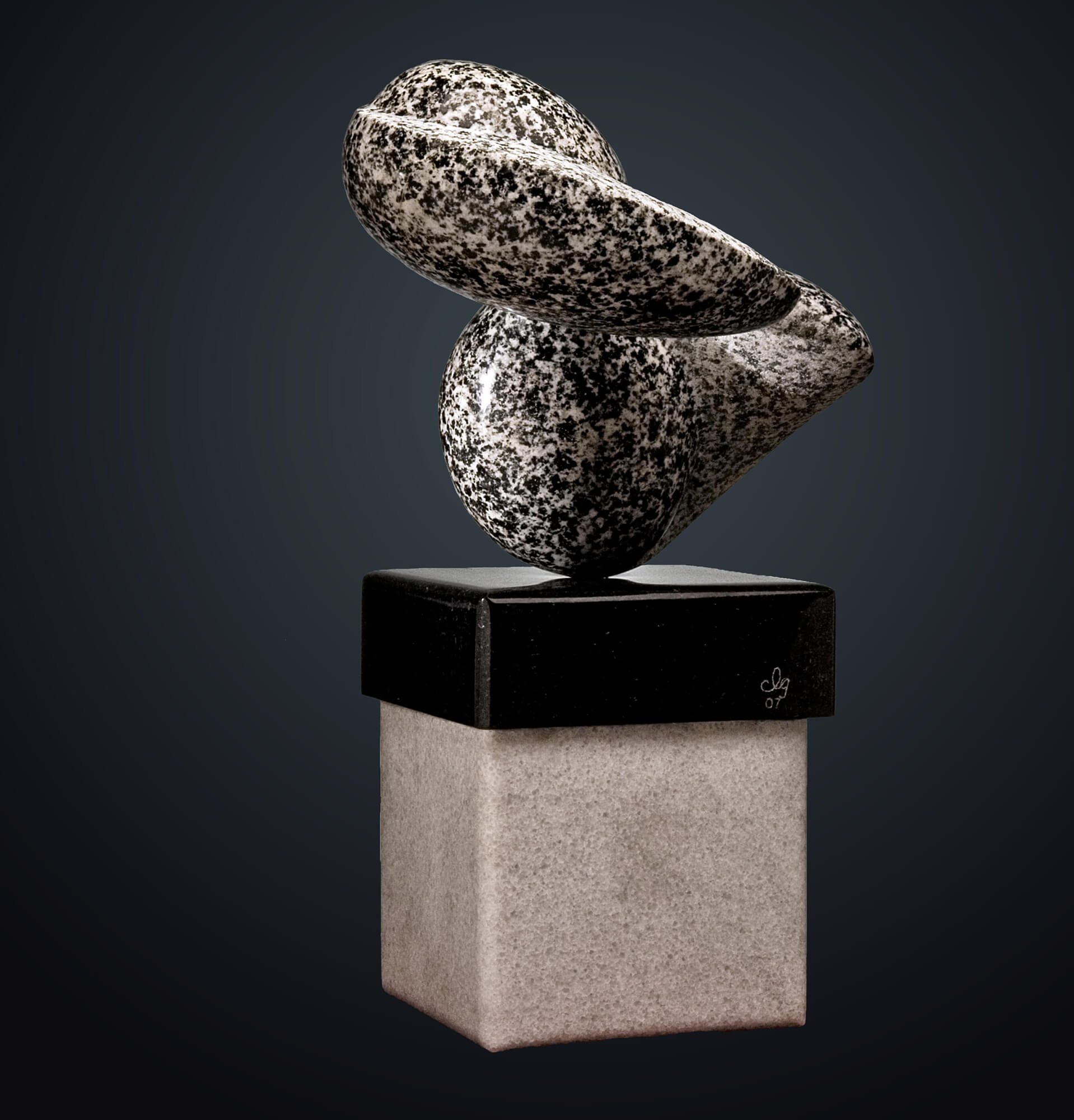 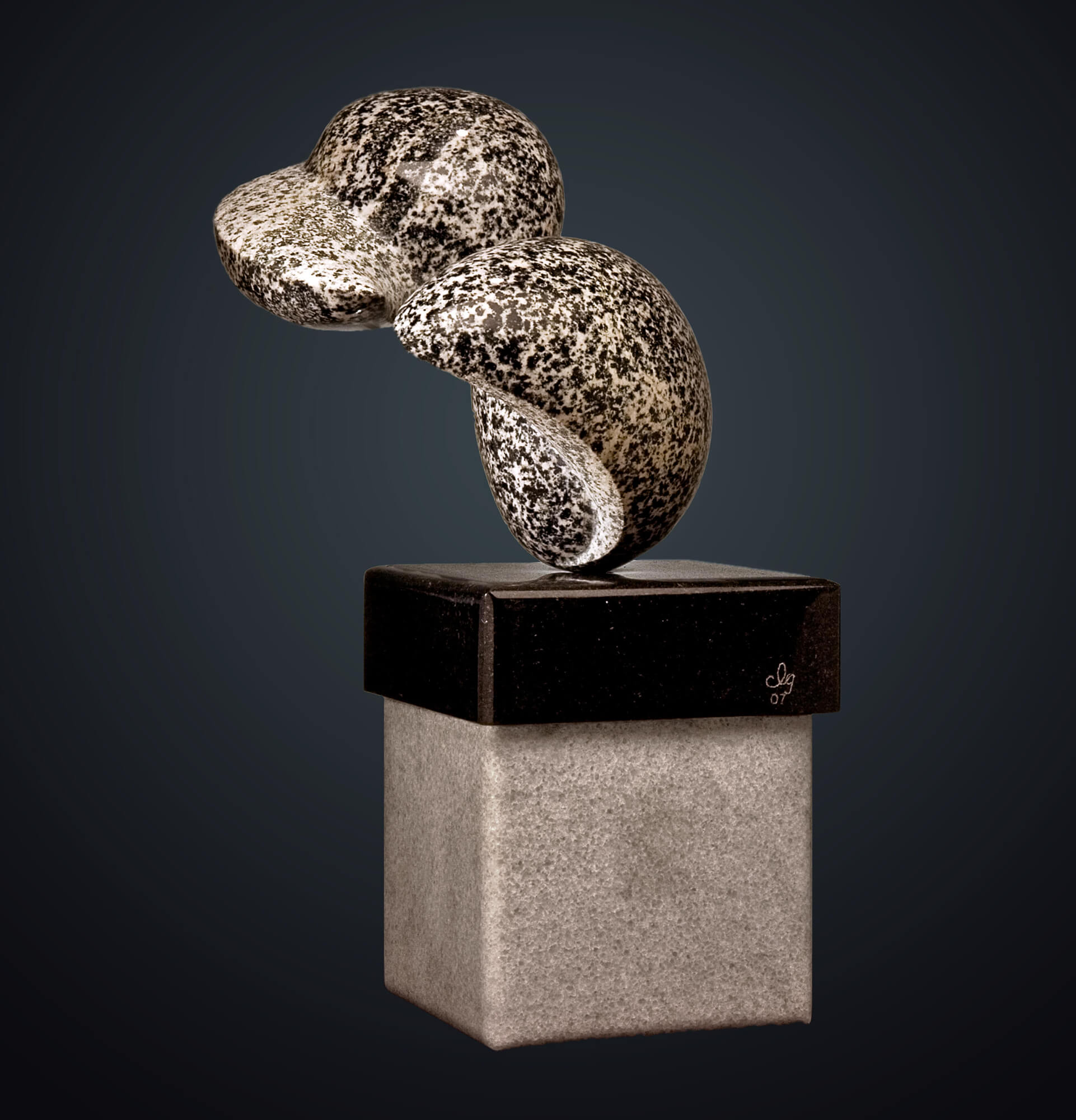 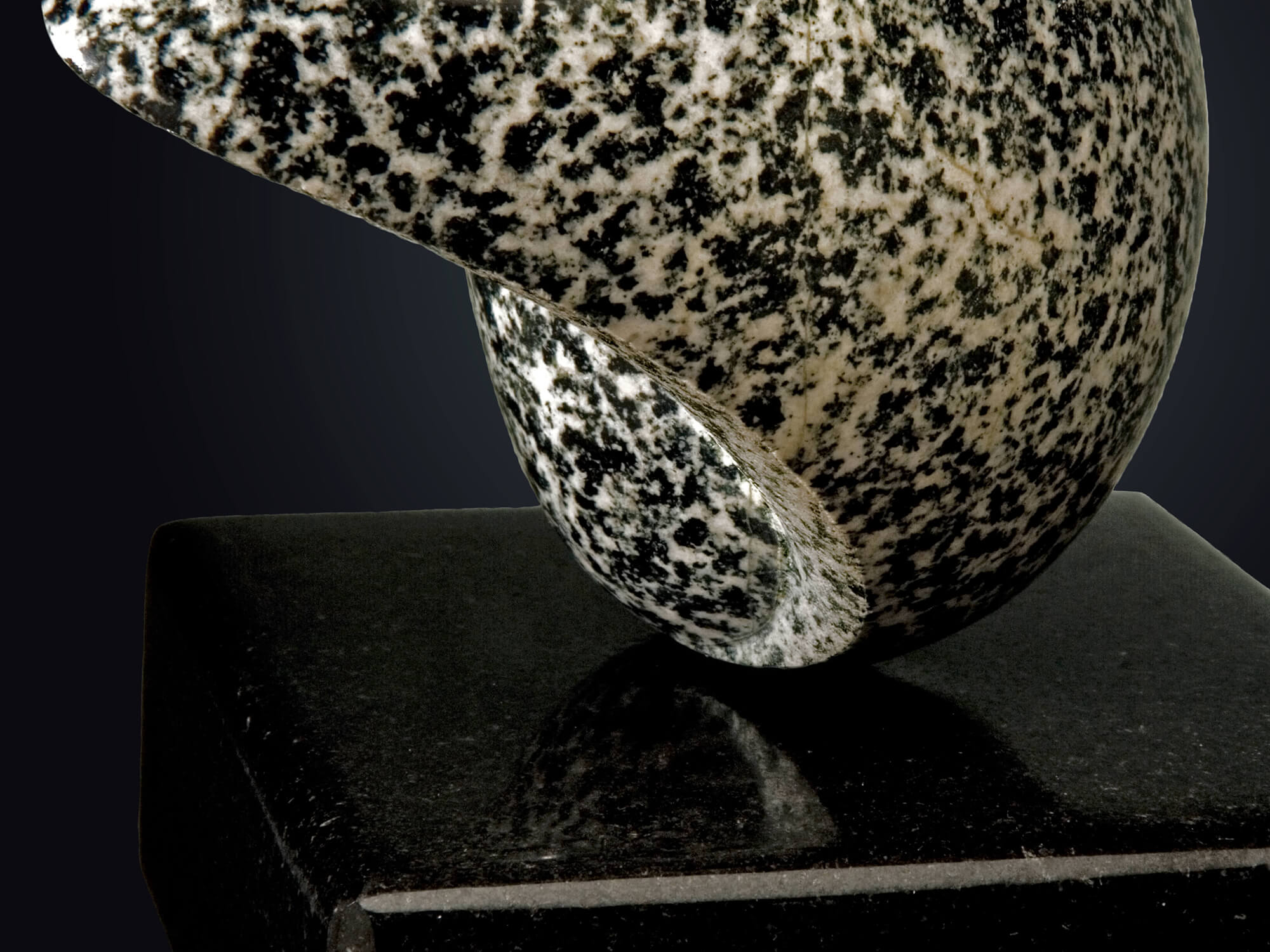 While I was still carving The Gift, a snapshot of the sculpture helped my 14 year-old grandson Amaris understand geometric transformations.  One of the two component shapes is roughly a 180 degree rotation of the other around its axis of movement through the fluid and a lateral translation to keep them separate.  In addition to that rotational symmetry, the two forms are warped asymmetrically with respect to each other, imparting a sense of their individuality, their interdependence, and their spiral motion through the fluid medium. A worthwhile exercise in 3D visualization is to perform those operations in your mind while viewing the sculpture from various perspectives.

The name came later, as Lucretia and I wondered what could work as a base.  At one point, she suggested an overlapping black granite cap on a white marble cube.  “Like a gift box!”, she said.  Eureka!