This rock stood outside my studio for several years, just as it came from the California desert – – cut off at the bottom, but untouched by the hand of a sculptor.  Through all seasons and in all kinds of weather I began to imagine things. I felt a dark, powerful, female presence, shrouded in robes and a hood, watchful and protective of her family and community.   Except for what I carved into the stone, most of it is still untouched. 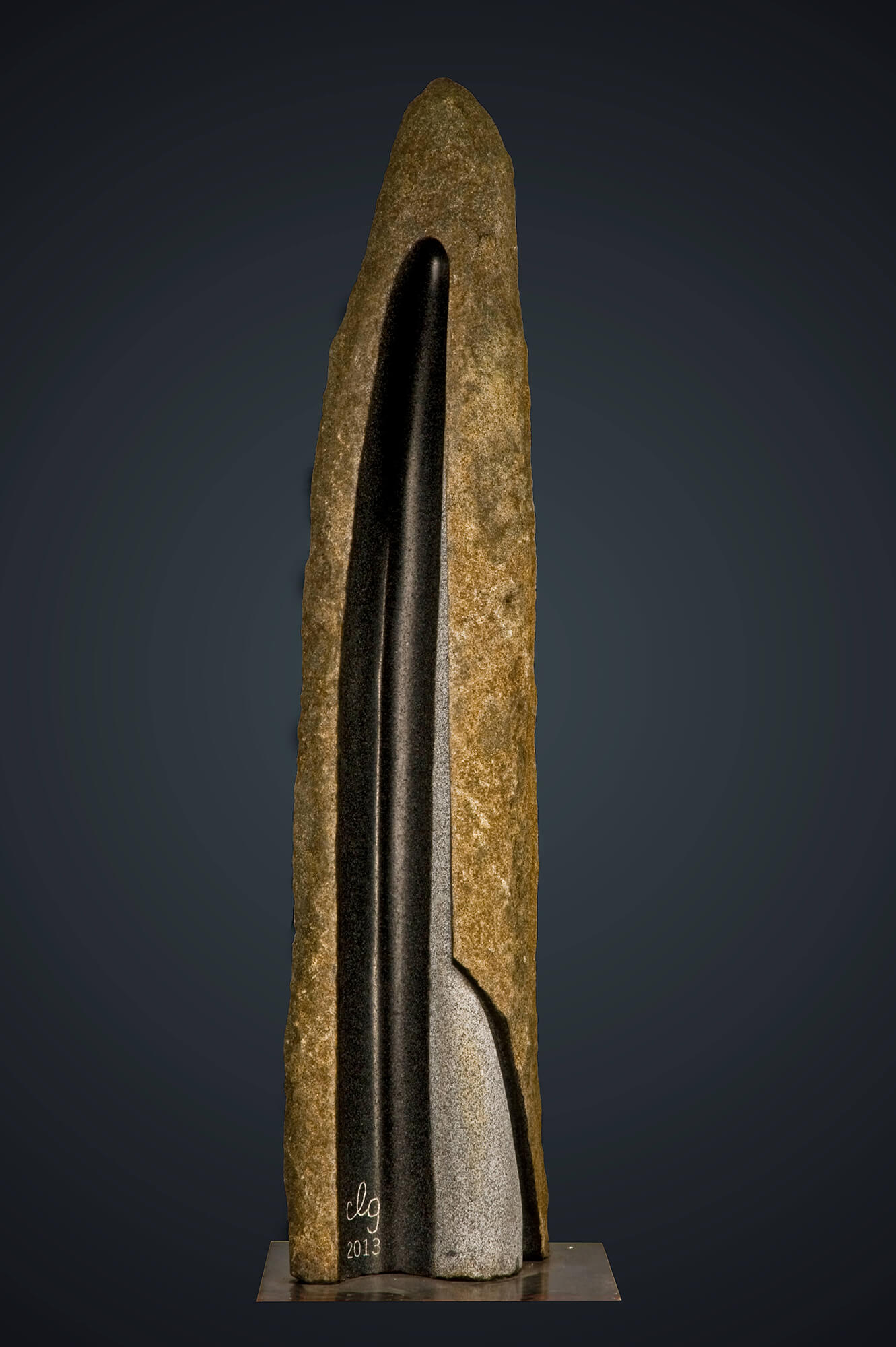 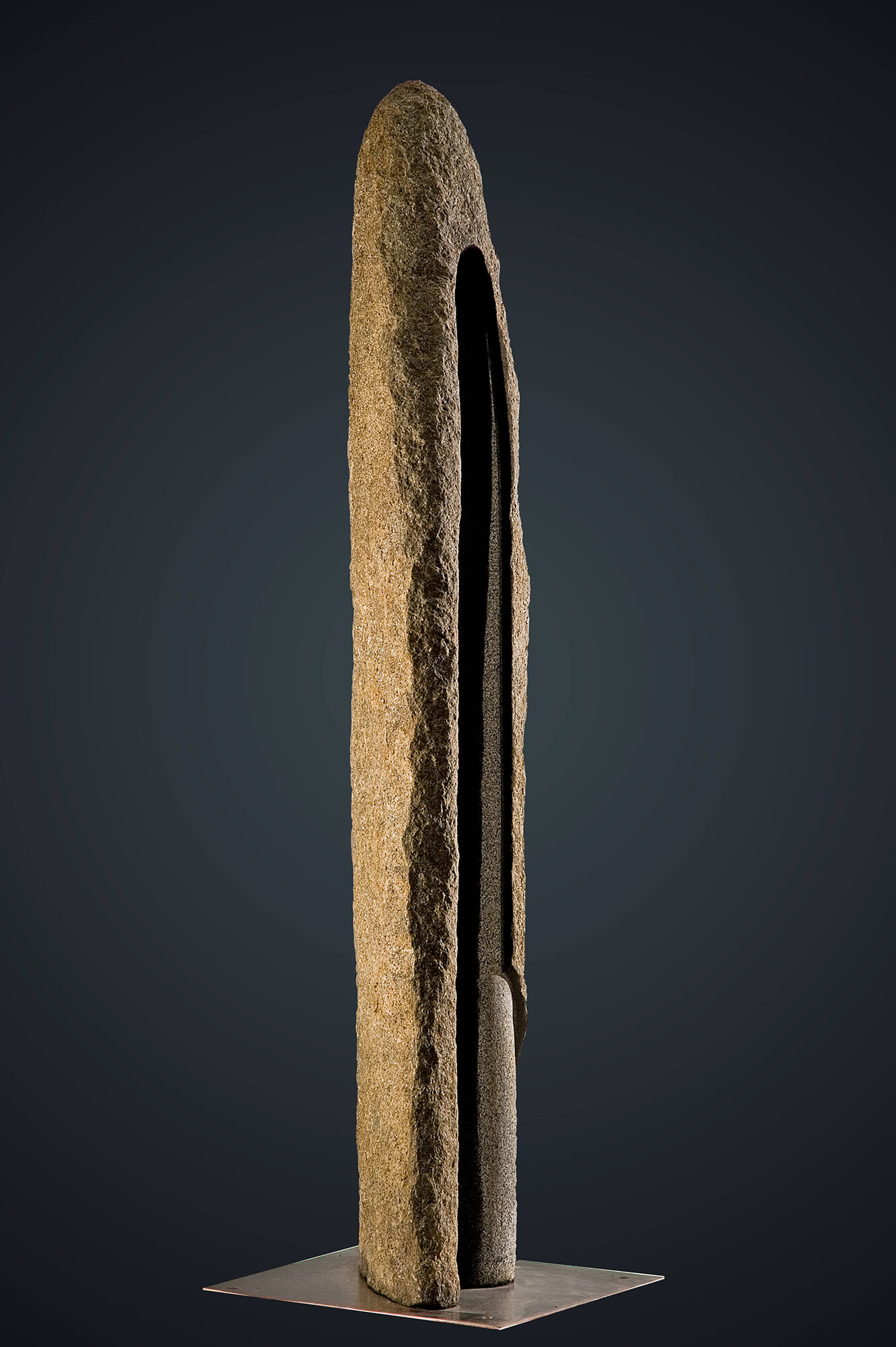 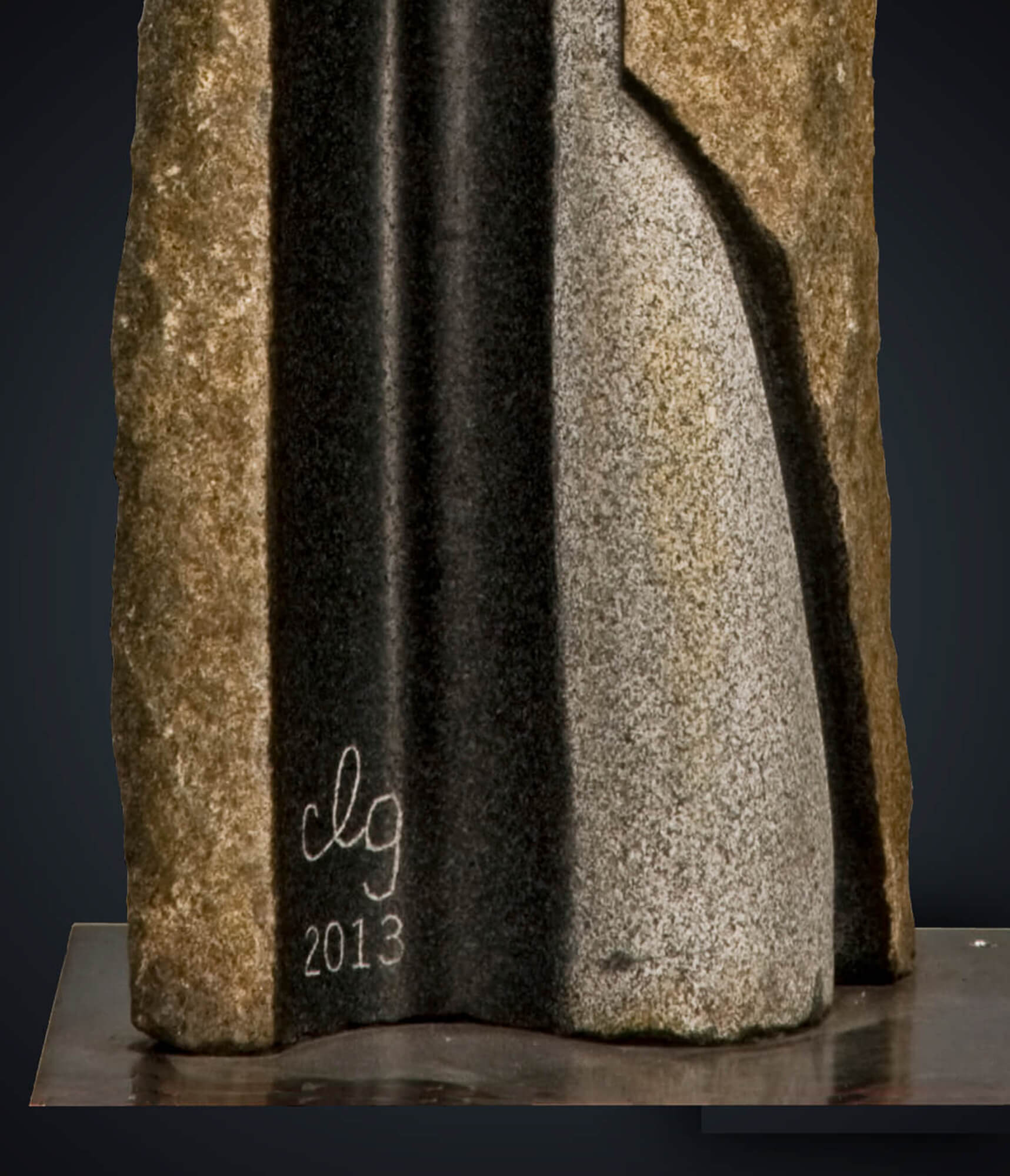 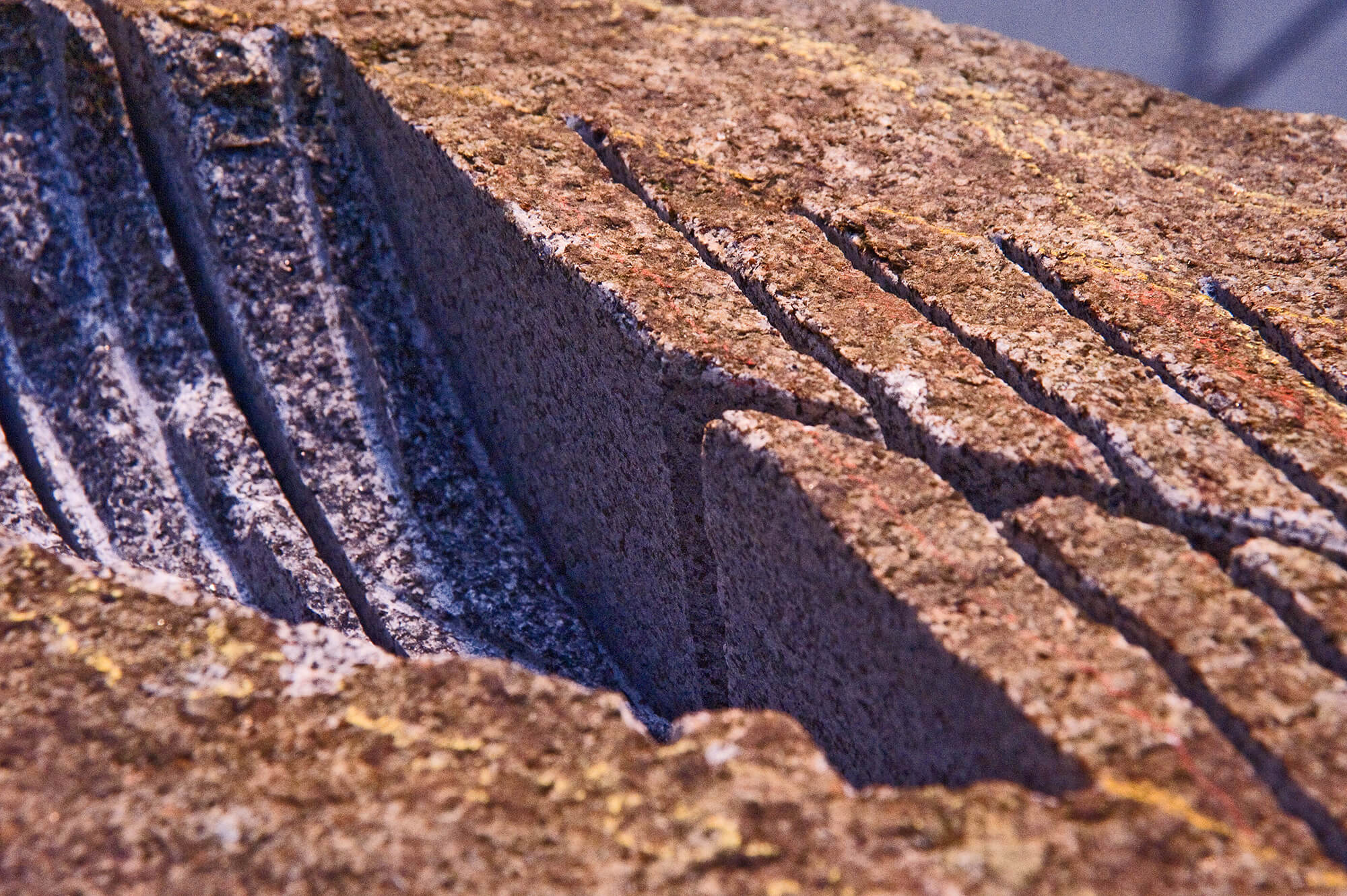 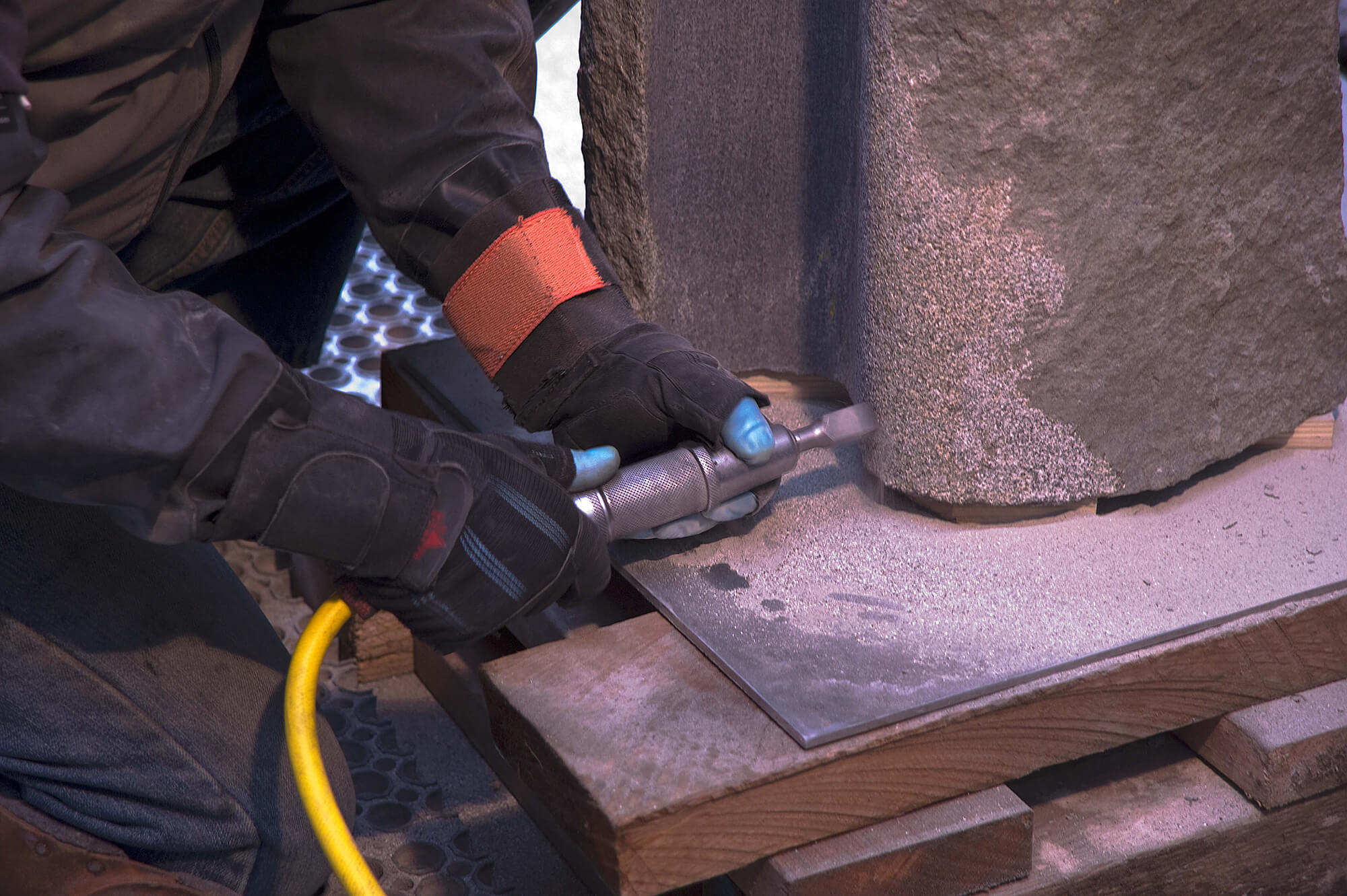 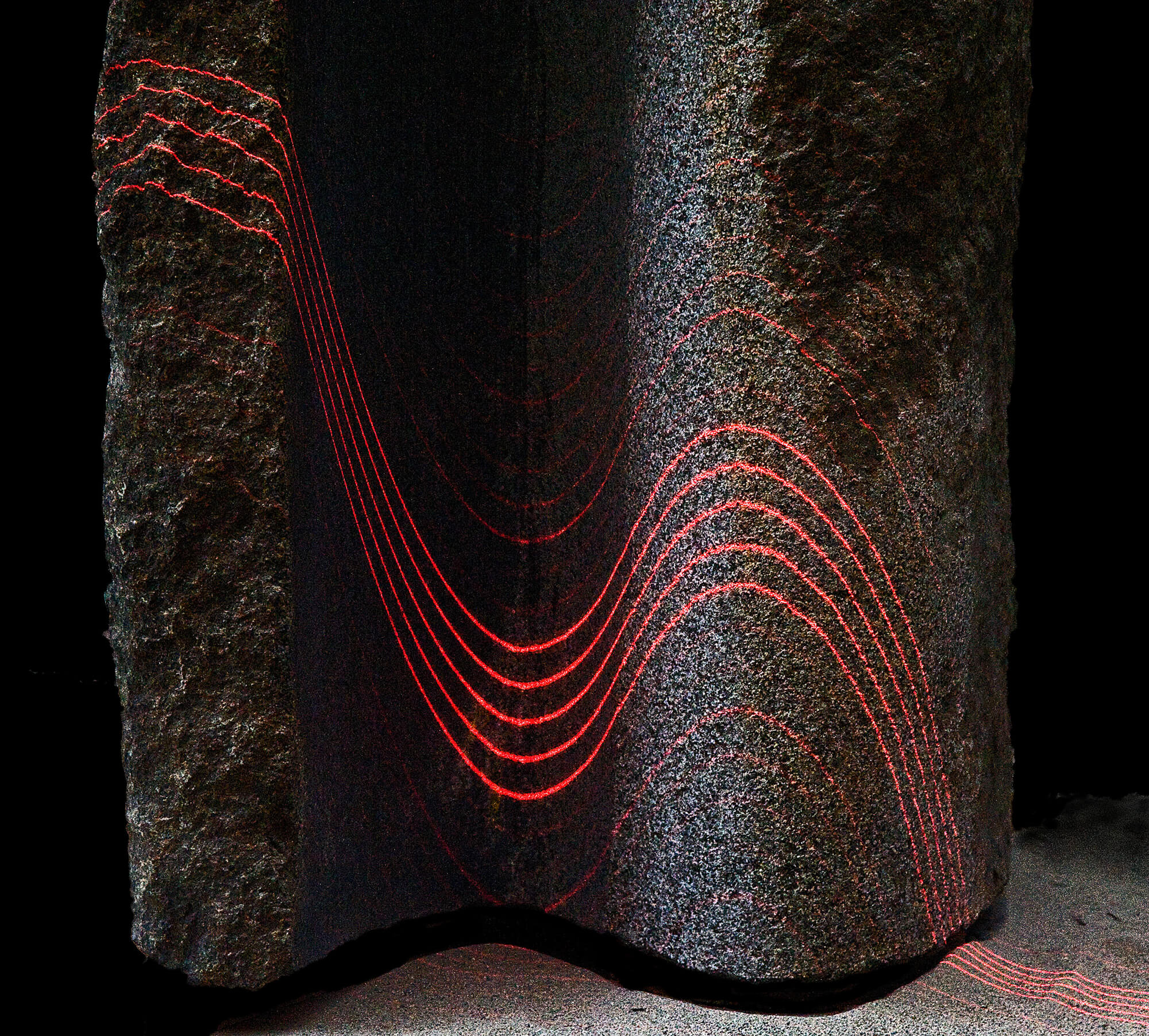 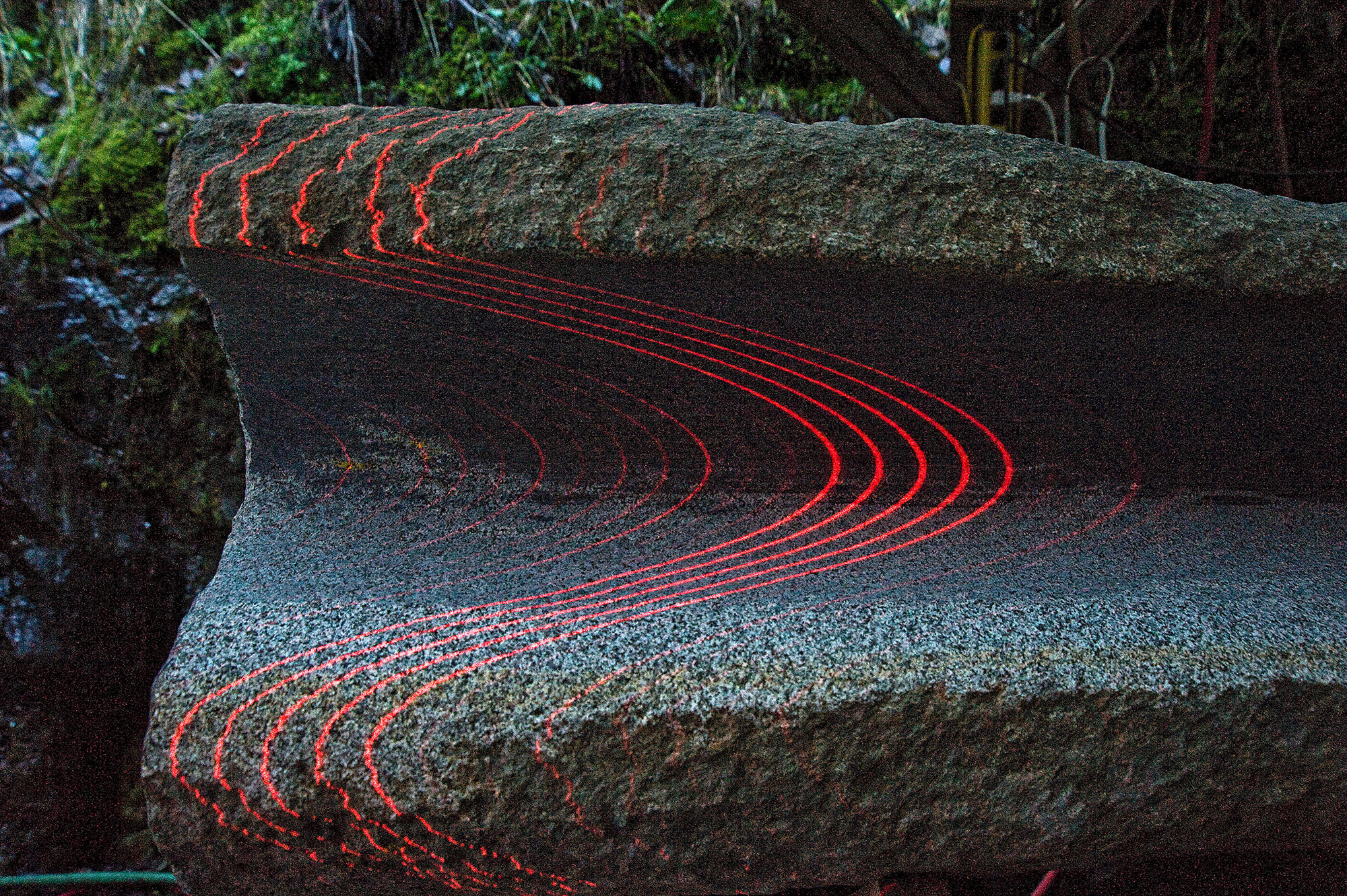 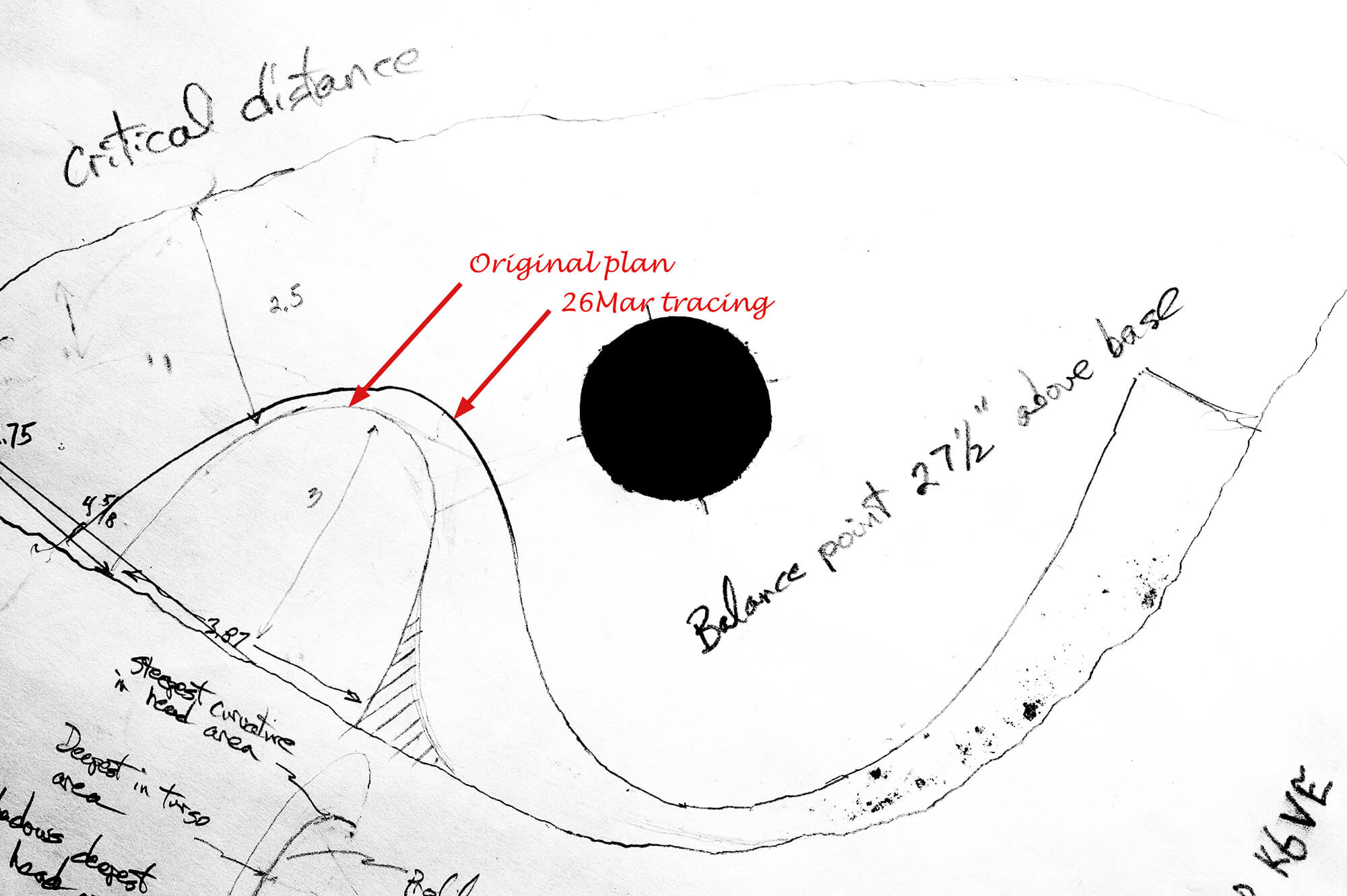 Then George Drake invited me to show a large stone sculpture in a memorial exhibition for influential B.C. sculptor David Marshall.  The venue was the Big Rock Garden in Bellingham Washington, a beautiful forest park in the city where I had exhibited Kekule’s Dream years earlier.  I had no large completed stone sculptures, and the only possibility was to carve what I’d been imagining for the standing granite and there were only 2 months to do it.

To produce the kind of curvature I wanted and remove stone quickly, I made a series of fret cuts with a diamond saw blade, angled at 30 degrees to the vertical. I sunk the blade straight into the granite every ¾” or so, then broke out the ridges between them with a pneumatic hammer. Once I’d planned it and laid it out, that ‘roughing out’  took several hours.  The rest took a lot longer, especially since I had to maintain the same curvature for about 5 feet. Except for the tall curved inside surface and a thin ribbon of stone that I polished, I carved all the rest with bushing chisels in a pneumatic hammer.  Those surfaces remain rough.