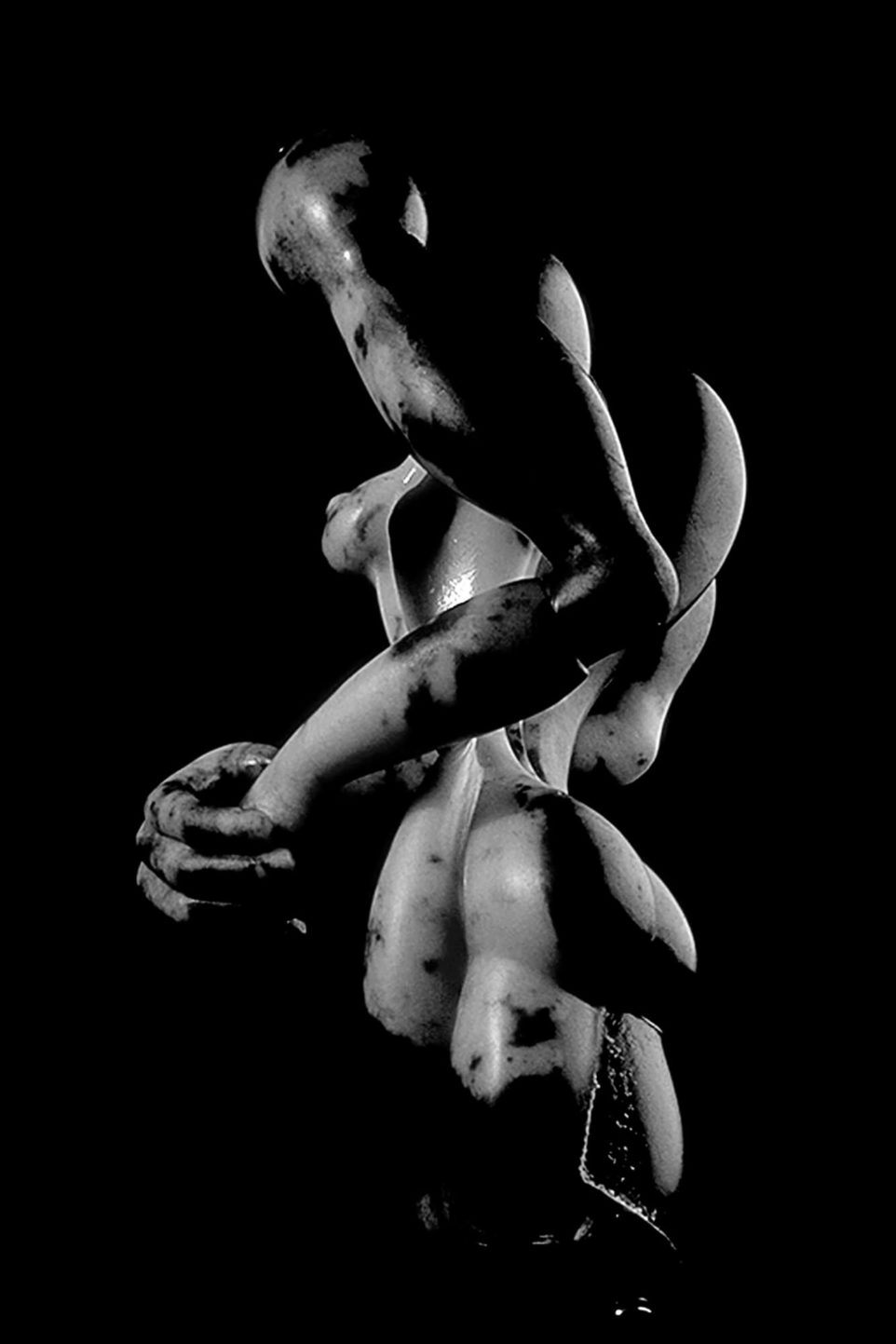 Thulite is a hard, strong, exceptionally beautiful pink and green semiprecious stone.  I found this one in the Okanogan Valley of far northern Washington, in the interior dry country where cattle and rattlesnakes coexist and woodrats scurry among rocks.  It was at the bottom of a steep, unstable cliff.

The stone’s surprising strength encouraged me to push the form beyond anything I had carved before.  The more daring the design at any moment, the more its strength amazed me and I continued.  Its strength drew me in.  The stone’s hardness made mistakes happen slowly, giving me time to learn, and the beauty of the stone itself was irresistible. 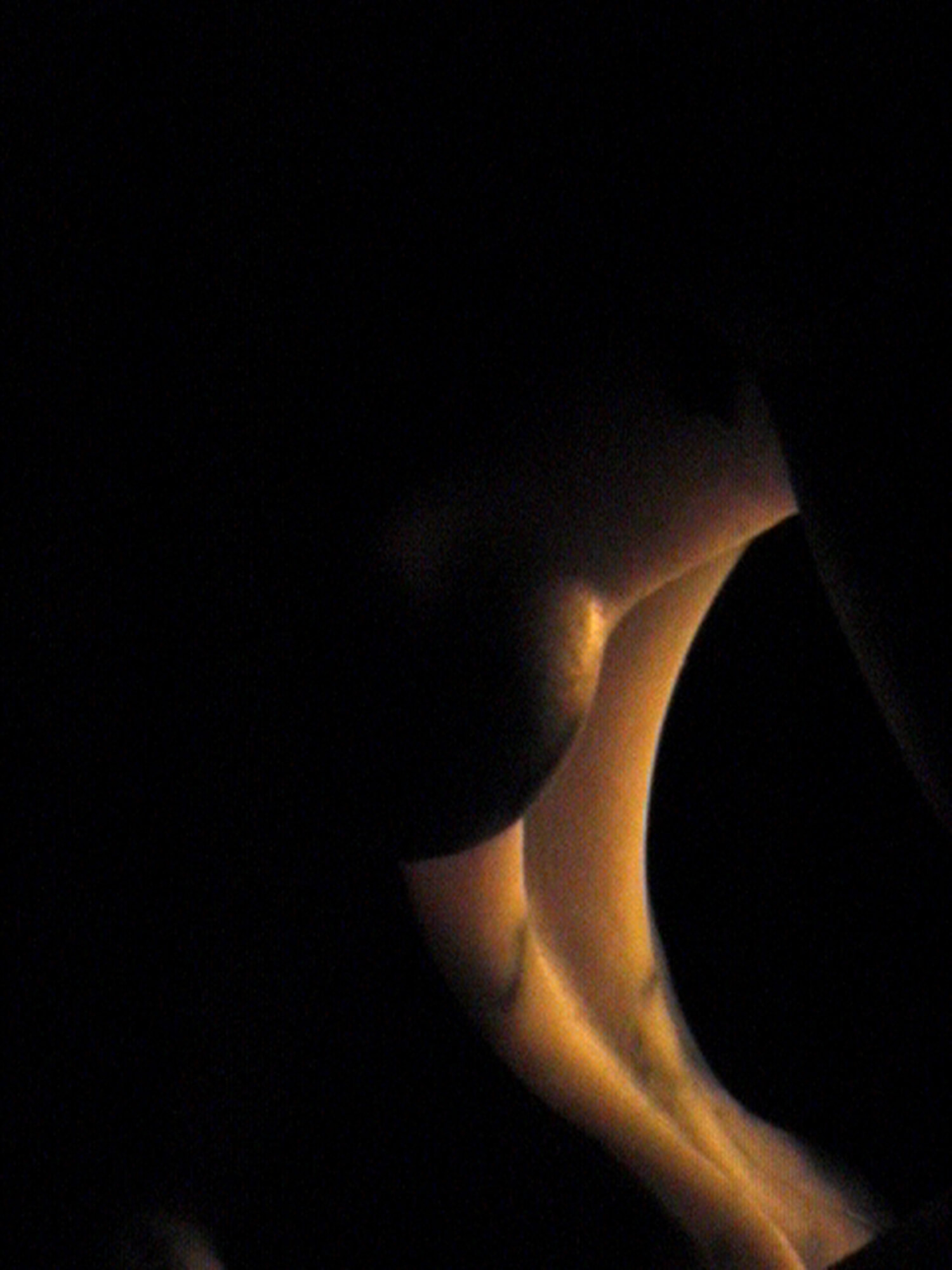 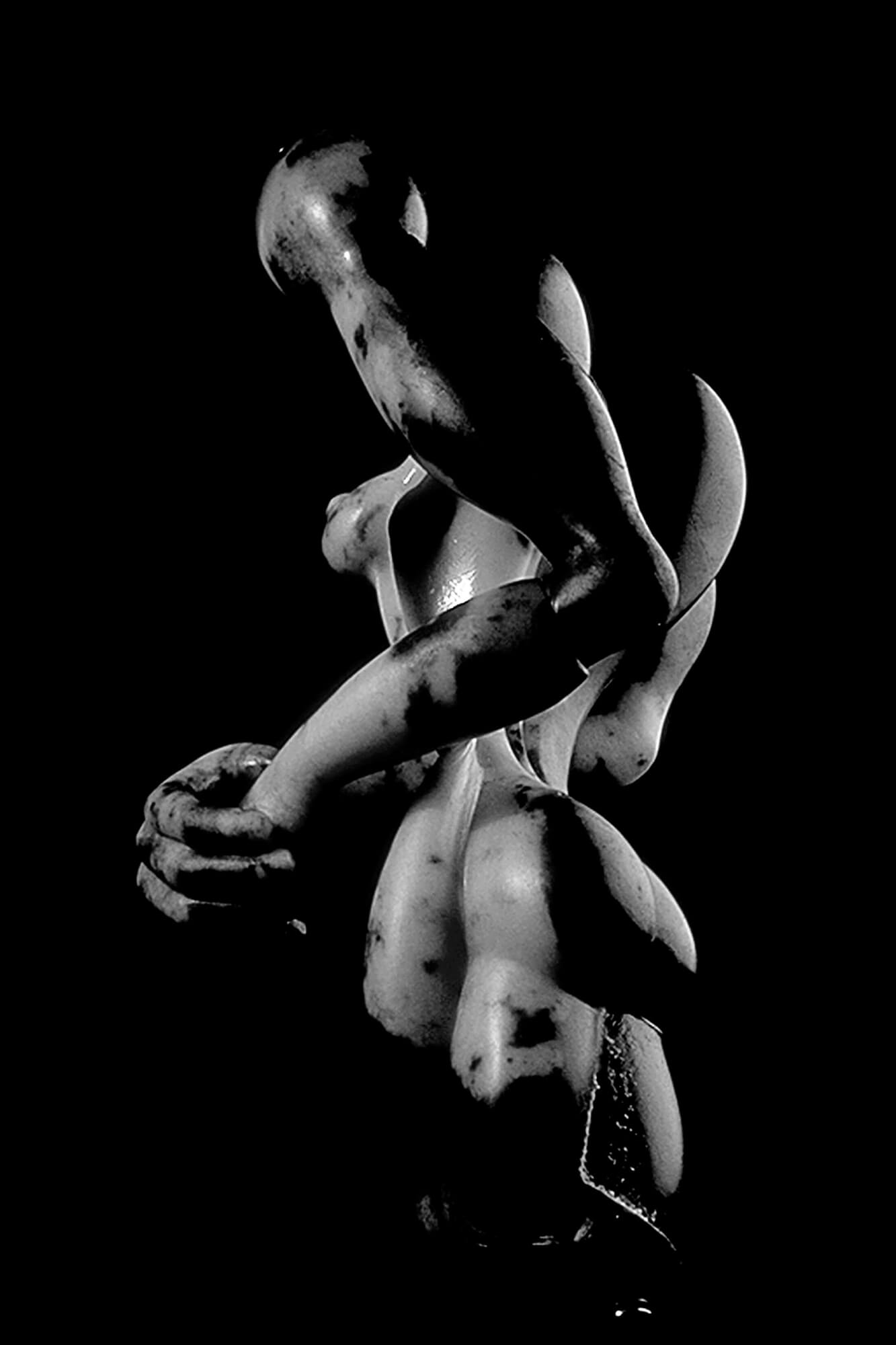 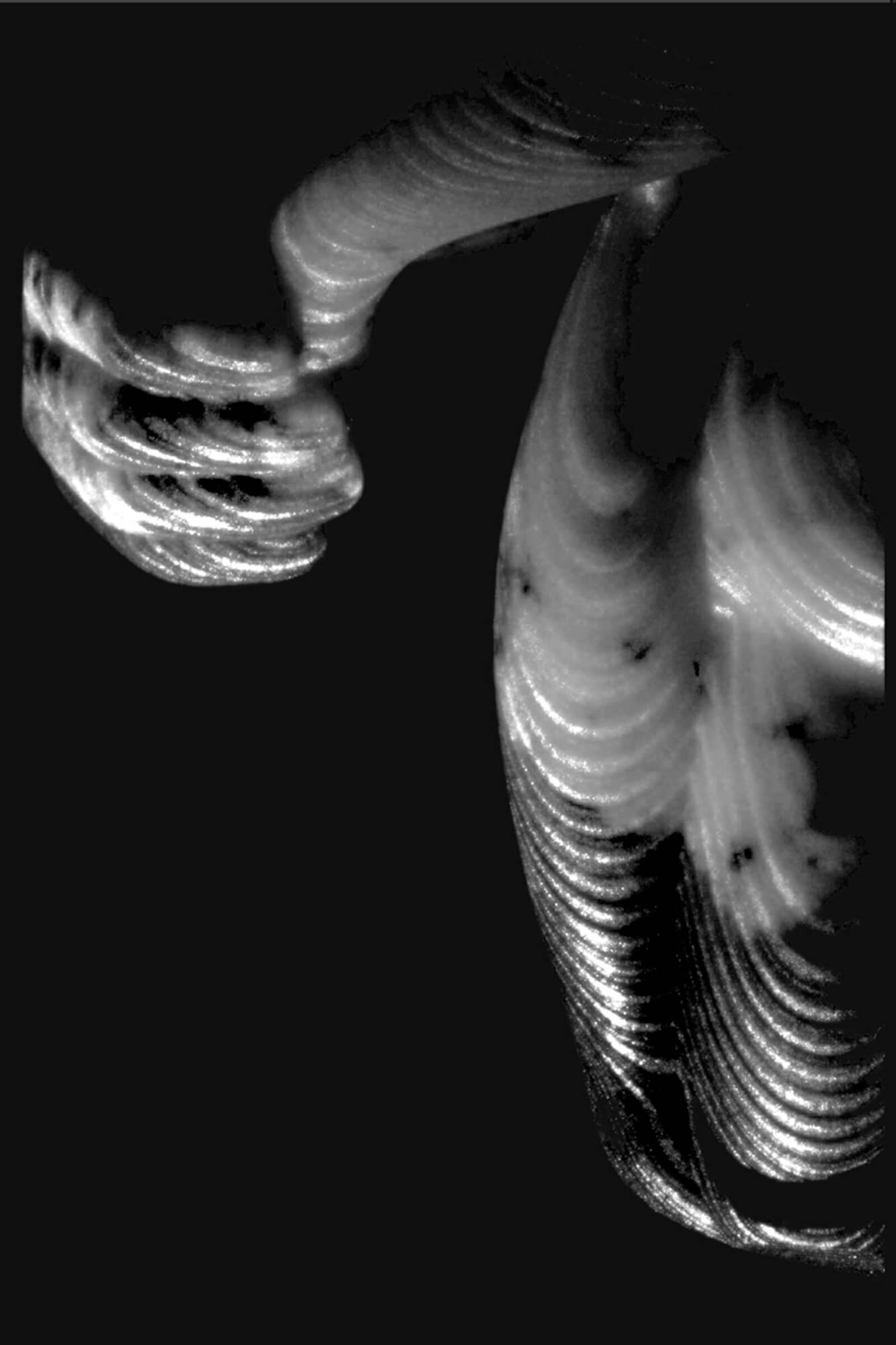 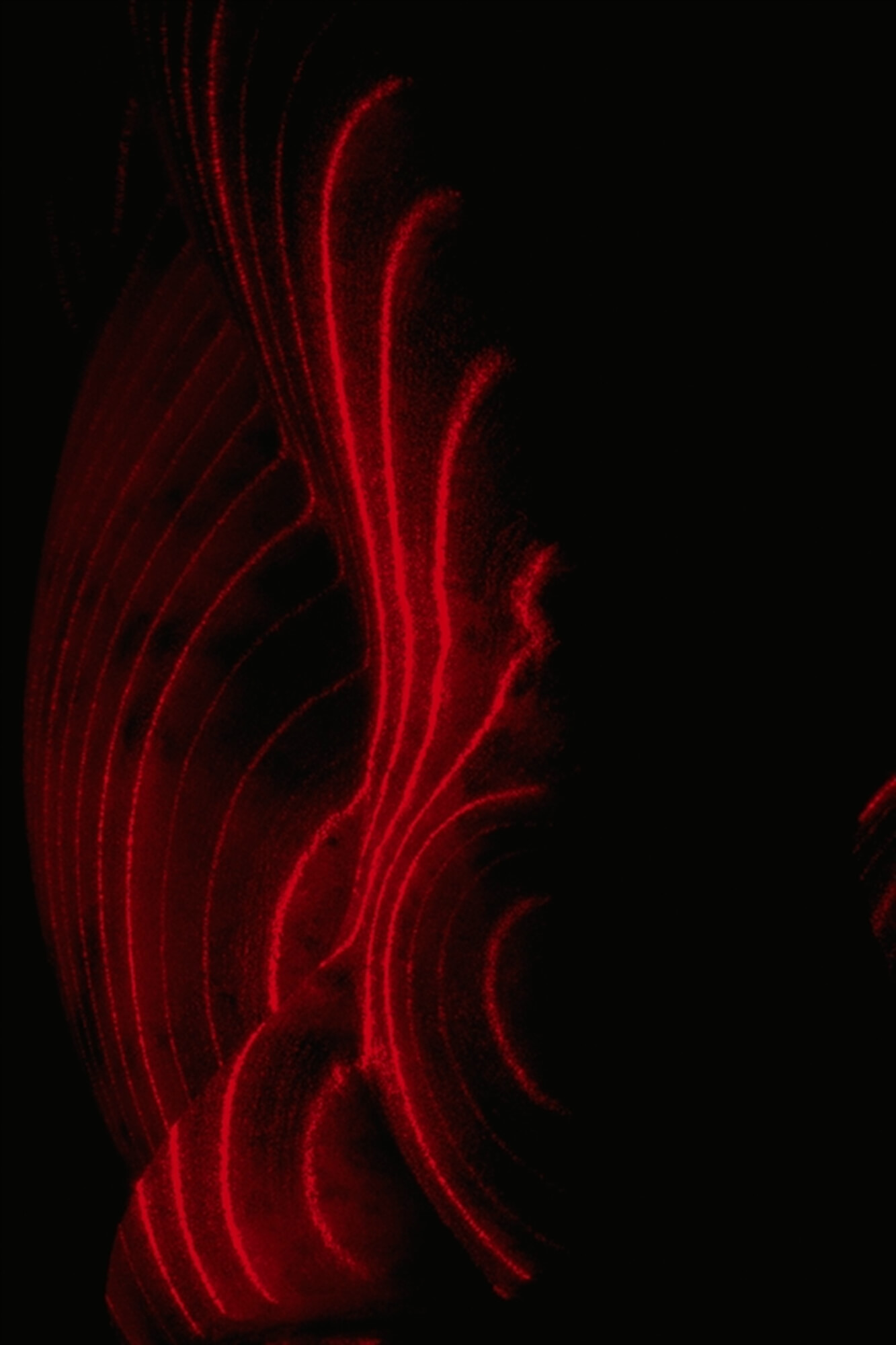 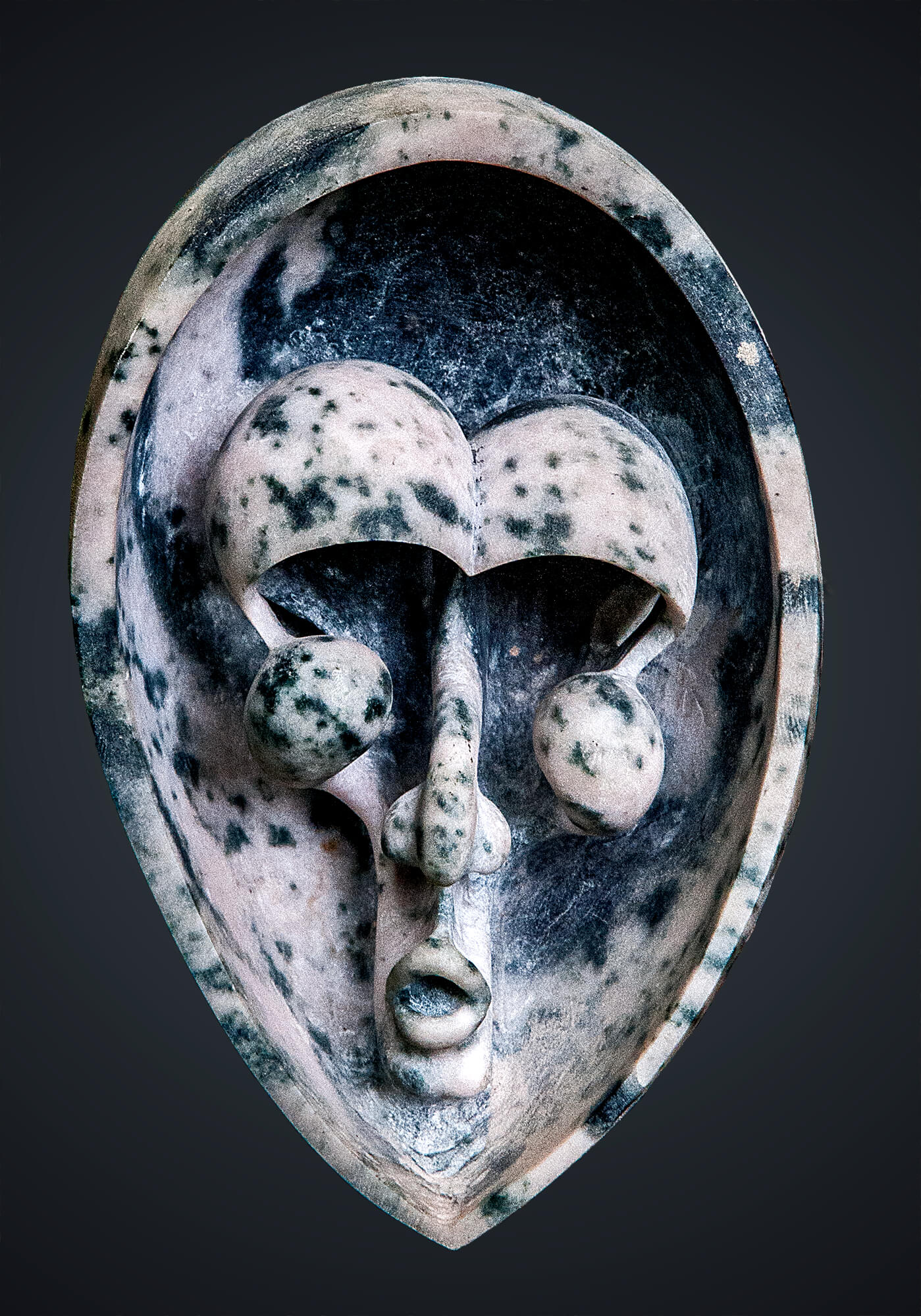 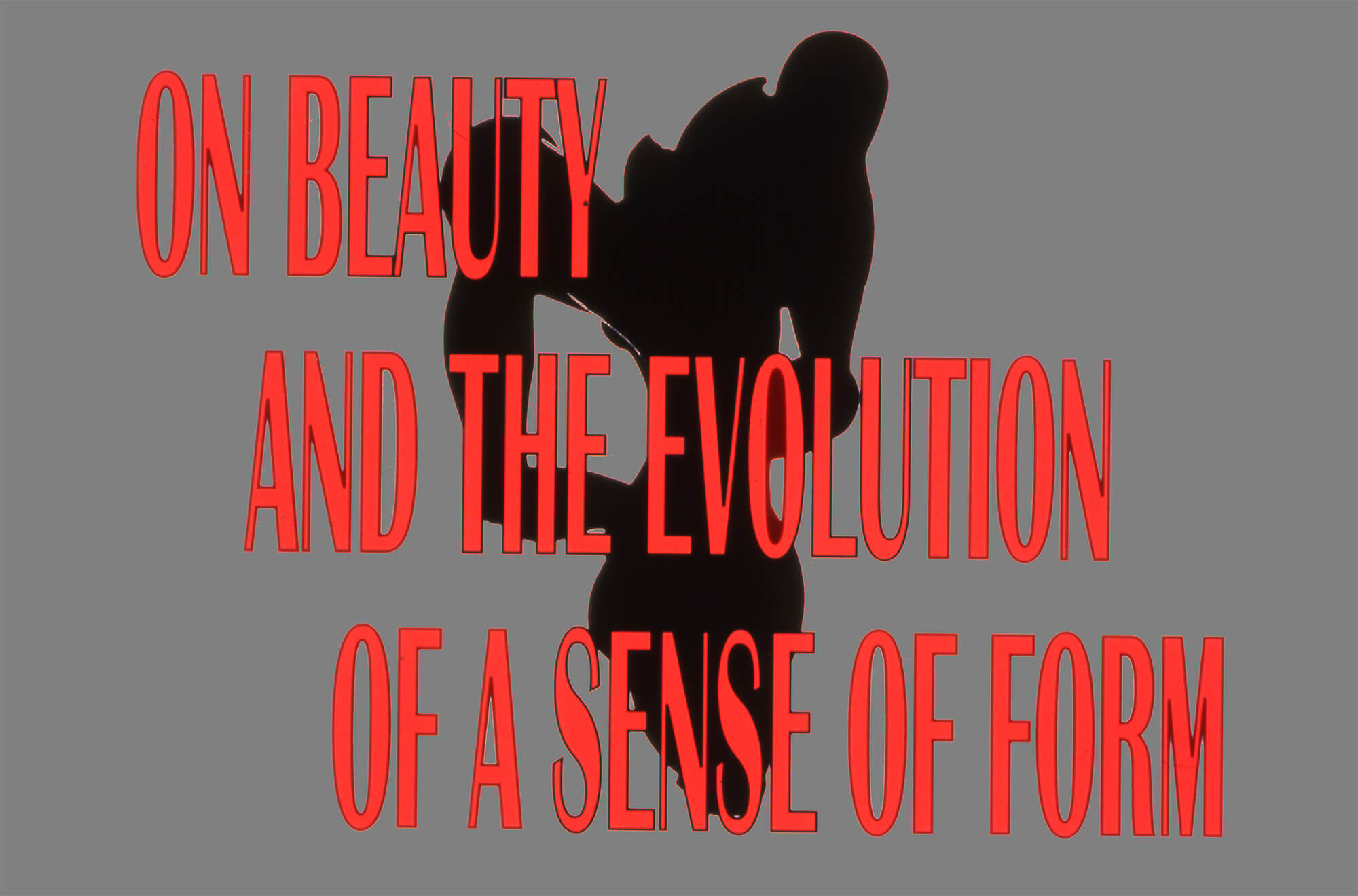 Eerily glowing light green layers of translucency.  Masses of dark green opacity.   Pinks, intermediate in hardness between the greens, all of them bordering each other in intriguing patterns.

I have worked on Torso with Gloves in Canada, the United States, Costa Rica, Germany, and Singapore.  It travels well.  Perhaps one day I will declare it finished.

Torso with Gloves began life as an exercise in transformational geometry.  In simple terms, I wondered if I could carve a human figure in the form of a cone with its big end up – – a larger than normal head tapering to smaller than normal feet.  It was an interesting idea, but I forgot to consider those headless Greek statues – – stone heads are heavy and stone necks are small, weak, and anything but flexible.  This was even more of a problem with my projection.

No matter how much I hollowed out the head to make it as light as possible, it was too big and the inevitable eventually happened.  How I developed the head is another story.  It is also in progress.