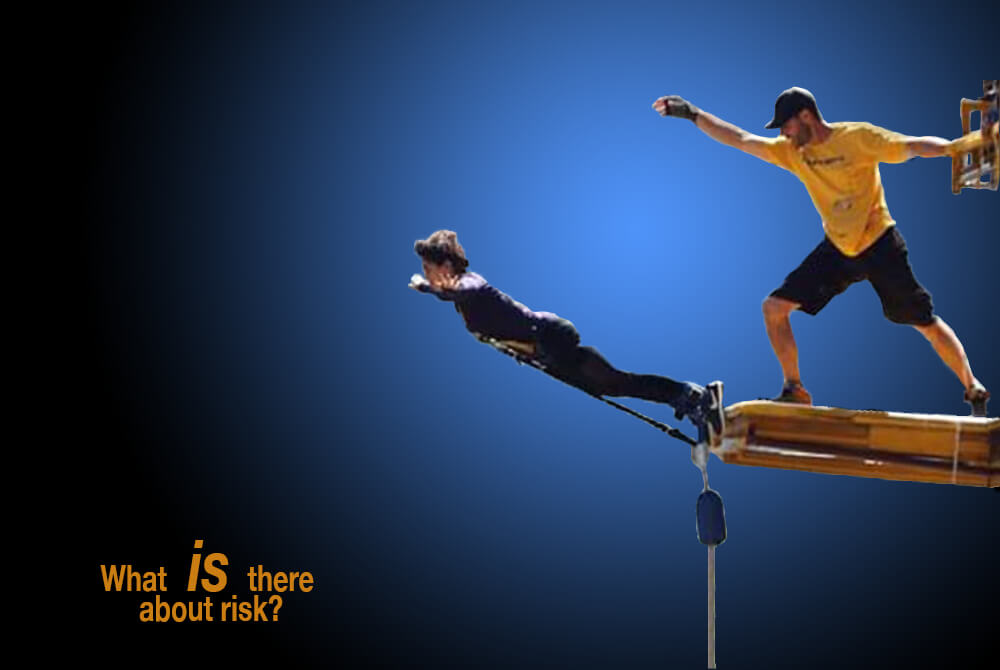 What is there about risk?

What is there
about risk and uncertainty
that fire the sources of creativity and
call upon us to perform our best?  There is
something general and very special about the
edges of experience, where we have seldom
or never walked before and can only
dream, imagine, and anticipate
what will happen.

Energy, life,
and eternal newness spring
from those places.

I live most
of my life well back from
failure, whether from habit, laziness,
fear, or lack of opportunity, and sometimes
I fail because of that.  But so many times when
I plunge headlong into the void, following paths
that do not exist for me until I create them by
moving through the world, I tap into well-
springs of energy for living whose out-
pourings sustain me through the
dry, featureless plains of my
ordinary days and
nights.

What I think of
as risk is similar to something
else, something else, and something
else, and is central in the lives of all living
things.  Risk represents an uncertain differ-
ence between what is safe and sure and
true and what lies beyond.

Risk is a difference
between the path of minimum
possibility of failure and some other
path that leads outward, away from ways
that comfort, and into the realm of the un-
known void, where entirely new and
wonderful things may be dis-
covered at any moment.

What does it mean that
we have always the choice to take
the untrodden path?

What does it
mean for most of us, as
we travel the ordinary paths of our
ordinary lives? What does it mean for the
rest of the living world, for whom the difference
between what is safe and what might be better is
often absolute? There must be many times when it is
best to minimize risk. I want to explore that larger
and more typical region of experience in which the
path leads beyond. What are the rules of this
game? How do I weigh the slim distant
glimmer of gain against the
possibility of loss? 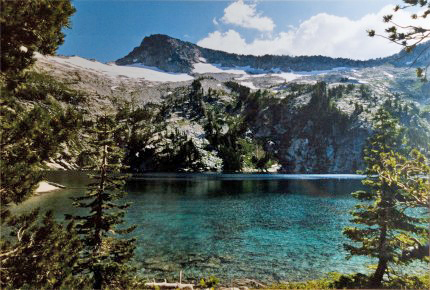 I wrote this
on the edge of a 500
foot cliff in August, 1980, looking
and listening down into three watersheds
at the same time.  I was alone in the wilderness
at the end of my last and most productive
hummingbird research season at Grizzly Lake.
The rest of the camp had packed up and left,
carrying as much as they could carry of
our supplies and leaving me alone
with minimal supplies for
the last week.

My scientific
duties began before first light
and ended around noon, then another
hour in the meadows after dark, after the
birds retired.  I was free afternoons to explore
and climb my favourite peaks and ridges.  Hard
work and hard play made good sleep, and excellent
results in the meadows, excellent experiences
on the peaks, and plenty of time to
think about things made for a
wonderful week.